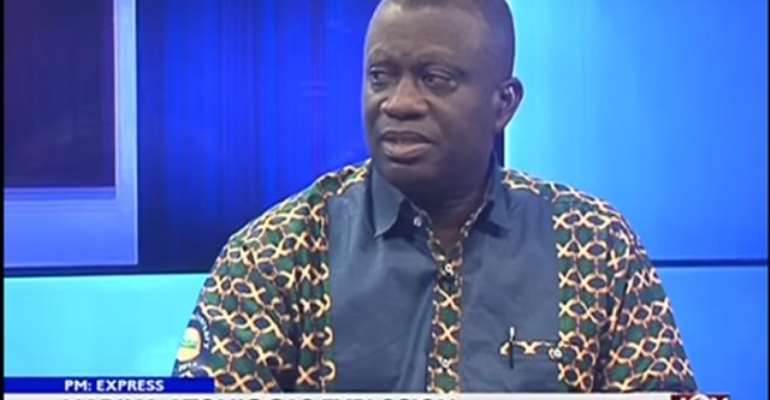 Executive Director of the Environmental Protection Agency (EPA), Peter Abum Sarkodie, says a fuel station behind the University of Professional Studies (UPSA) that has been a source of safety concern for students and management of the school will not be closed down.

Students of the tertiary institution staged a protest march earlier this week, demanding the immediate closure of the Sel Filling Station.

The action by the students -- which has the backing of the UPSA management -- follows a gas explosion at a Liquefied Petroleum Gas station located close to the school.

A statement from the UPSA students body indicated that many students were injured in the gas explosion.

At least 7 lives were lost and over 130 people got injured in the incident, according to official reports.

Also, properties worth millions were destroyed in the blast that rocked the capital last Saturday.

However, when Mr Sarkodie appeared as a guest on the nightly current affairs programme, PM Express, he said after assessing the unpopular Sel Filling Station with regards to safety, he will “never recommend that the fuel station be shut down.”

The EPA and the National Petroleum Authority (NPA) on Thursday toured the site of Saturday's explosion and its immediate environs to get a first-hand knowledge of the aftermath of the incident.

Recounting his observation after the tour on PM Express on the Joy News channel on Multi TV, the EPA boss said there was cause for alarm.

“I realized that the station has state of the art safety appliance which for me can offset any fire explosions, so I will not recommend for its closure,” he reiterated.

Watch more in the video link below.