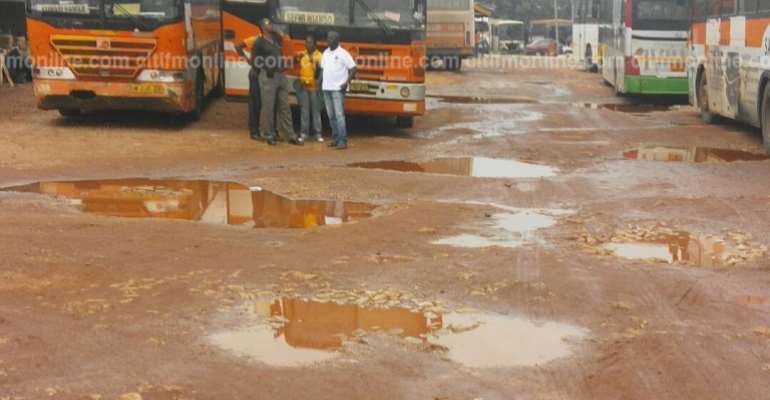 The Metro Mass Transit (MMT), cannot go ahead with the planned layoff of 1,200 workers because of the high cost involved in the retrenchment process.

The lay off was deemed necessary because it has 3,600 workers operating a fleet of 430 buses currently on the road.

But the cost of laying off those workers will be much higher than simply maintaining them on the company's wage bill.

The Board Chairman of the MMT, Ahmed Arthur, in an interview with the Daily Graphic noted that “it's a difficult enterprise to keep the huge number of workers to operate only 430 buses”.

“It's a delicate balance for us to keep that number of workers with few buses, and still be able to stay afloat…When we worked out the figures for laying off 1,200 workers, we realized that the figures were too huge and so we had to discard the idea of retrenchment,” he said to the paper.

Mr. Arthur explained that, “with 3,600 workers operating 430 buses, it will mean that, on the average, each bus will be assigned, seven workers. We have to live with this number until we are able to acquire more buses so that we can have an optimum workforce.”

The government in July 2017, indicated that, it would soon purchase 800 new buses for the Metro Mass Transit and Inter-City State Transport Corporation (ISCT).

In September, workers of the company left many passengers stranded when they refused to work in protest of poor working conditions, and the management's inability to fix challenges the company has been grappling with.

The workers also highlighted the new board's decision to purchase a new vehicle for the Managing Director at GH¢100,000, when about 100 buses of the company needed urgent repair.

Mr. Arthur, in an earlier interview with Citi News, however refuted claims that the management of the MMT was working in its selfish interests, despite the company's dwindling fortunes.

He also denied that his outfit was paying the workers although they were redundant, due to reduced operational capacity, noting that the company had plans to purchase some more buses to boost its operations, and the workers will be needed to man the new buses.

He said the company expects 200 more buses by December 2017 to bolster its fleet.