40% Burns Cases At Korle Bu Are From Gas Explosions 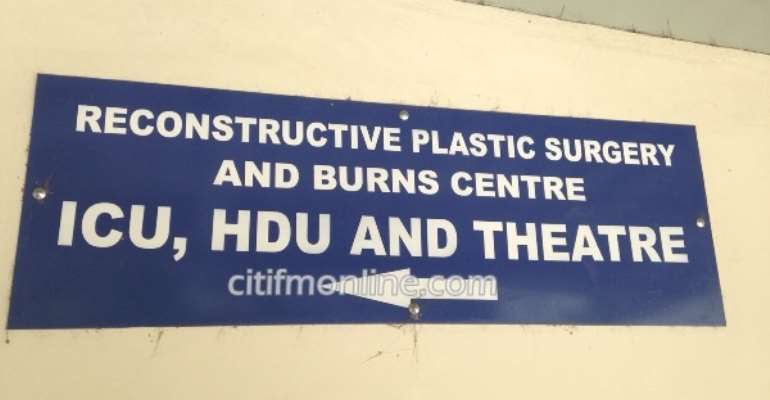 Out of the numerous burns cases reported at the Korle Bu Teaching hospital annually, about 40 percent are from gas explosions.

This revelation was made on the Citi Breakfast Show on Tuesday, by consultant plastic surgeon and Director of the National Reconstructive Plastic Surgery and Burns Center at the Korle Bu Teaching Hospital, Dr. Opoku-Ware Ampomah.

He noted that, burns from gas explosions account for about 44% of deaths recorded at the burns centre.

“Most of the burns are domestic. I'd say about 80 percent are domestic. Occasionally, we have a bit where there is mass casualty situation. About 35 to 40 percent of the fuel burns admissions are from petroleum and gas explosions. So they account for a significant junk of the burns cases that we receive. And because of the severity of the injuries that they get, they account for over 44% of the death from burns annually,” he noted.

Dr. Ampomah made the revelation on the back of fuel explosions recorded nationwide with the recent one being the gas explosion that occurred last Saturday at Atomic junction near the University of Ghana in Accra.

In that explosion, seven people perished , while 132 others suffered various degrees of injury.

Over 30 people have died since 2014 due to gas explosions.

He said a lot more burns patients die because they are unable to pay for such charges.

“When somebody sustains about 30 or 40 percent, by the time they leave the hospital, they would have spent not less than GHc30, 000 on their treatment, and this is the acute treatment alone – I'm talking of the immediate care to get them discharged from the hospital… And at the moment, the health insurance scheme only provides just about a GHc1, 000 per burns patient.”

“So if you have somebody with just 30% burns who needs an average of about GHc30, 000 in an acute state, and health insurance is providing only GHc1, 000 for the treatment, then you can imagine the kind of difficulty the person will go through,” he noted.

The plastic surgeon explained that, although some philanthropists subsidize the amount, Dr. Ampomah noted that, the patients still struggle to bear the cost.

“Most of the time we have to find a way of getting benevolent people to subsidize the treatment of some of these patients, and that also adds to the mortality because there are many patients who cannot just afford the treatment that is required,” he added.