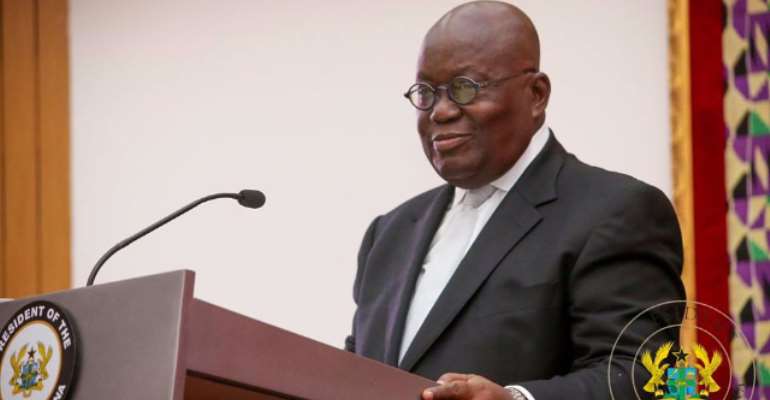 As a matter of fact, the late President Mills prepared adequately for the presidency, unlike his immediate successor, Ex-President Mahama.

But in spite of his readiness to serve the nation to the best of his ability, the detractors within his own Party needlessly kept nagging, squalling and grouching about his style of leadership.

In retrospect, the late President Mills took over the presidency from former President Kufuor on 7th January 2009 following his victory in the second round election on 28 December 2008.

It is worthy of mention that the late President Mills inherited a moderate debt of GH9.5 billion and a propitious economic growth of around 8.4 per cent from the Kufuor’s government in 2009.

It is also worth stating that the late President Mills was very fortunate to have taken over a favourable economic foundation laid by the zestful enthusiast former President Kufuor and his equally hardworking team.

Take, for example, three years after former President Kufuor’s NPP government had laid hands on oil in commercial quantities, the late President Mills had a delightful task of switching on the valve at an offshore platform in December 2010 to pump the first commercial oil.

Pleasingly, Ghana soon joined the petroleum exporting countries. And believe it or not, Ghana started to export crude oil and thus boosted the economic growth tremendously.

And lo and behold, the economy grew blissfully from around 8.4 per cent to around 14 per cent by 2011 and Ghana reached the Lower Middle Income status.

Delightfully, however, Ghana’s GDP grew exponentially from $28 billion to a staggering $47 billion by 2011.

Ghana was then rightly acknowledged by international community as the world's fastest growing economy in 2010 (Economy Watch, 2010).

“Ghana's economy is growing at a blistering 20.15 per cent” (Economy Watch).

To his credit, though, the late President Mills prudently continued to improve upon the excellent economic foundation laid by former President Kufuor and his NPP government.

As a matter of fact and observation, if not for the shenanigans of the conspiratorial plotters that surrounded him, the late Mills would have been very successful in his short spell in government.

Well, I have never been, and will never be an NDC apologist, but I will forever vouch for the late President Mills unparalleled adherence to moral principles.

Take, for example, it is on record that prior to the dubious Wayome’s judgement debt payment of GH51.2 million, the late Mills warned the ‘create, loot and share’ cabals not to effect payment.

Nevertheless, the rabble rousers incredibly disobeyed the good old Mills orders and doled out the staggering amount to Wayome, who had no contract with the government of Ghana.

Disappointingly, though, despite his unmatched moral upstandingness, the late President Mills somehow yielded to his appointees shenanigans and allowed the create loot and share cabals to have their way.

Apparently, upon the late Mills capitulation, the racketeers started dipping their hands into the national coffers through dubious judgement debt payments and other cloudy deals as if there was no tomorrow.

The racketeers even managed to set aside judgement debt amount in the national budget (reported to be around GH800 million), with a view to creating, looting and sharing.

As a matter of fact, bribery and corruption cases were so pervasive during the NDC’s eight years administration.

And before his sudden demise, the late Mills displayed unmatched rectitude and inquisitiveness when he constituted an Investigative Committee to probe into the acquisition of aircrafts from Brazil.

It would be recalled that during his State of the Nation Address on 19th February 2009, the late President Mills informed the Parliament that his government was looking into the decision to acquire two executive Presidential jets.

However, the late President Mills was somehow indecisive over the acquisition of the aircrafts and thus observed: "Ghana simply cannot afford the expenditure at this time and we certainly do not need two Presidential Jets" (thestatesmanonline.com, 16/06/2016).

Astonishingly, however, whilst the late Mills was joyfully delivering his euphonious state of the nation address in the parliament, the Vice President John Mahama, who also happened to be the chairman of the Armed Forces Council, was gleefully entertaining delegations from Brazil and negotiating the acquisition of five jets, including the most expensive hangar without the knowledge of the late President Mills.

Unsurprisingly, therefore, the late President Mills had a glint of suspicion on his mind and decided to put a committee together to review the deal, according to Mr Martin Amidu, the former Attorney General under President Mills.

Unfortunately, whilst the Committee’s work was underway, President Mills departed from life under mysterious circumstances.

I have no doubt whatsoever that the late Mills was an excellent human being and a real patriot who meant well for his country. But he was let down big time by the very people he reposed his trust.