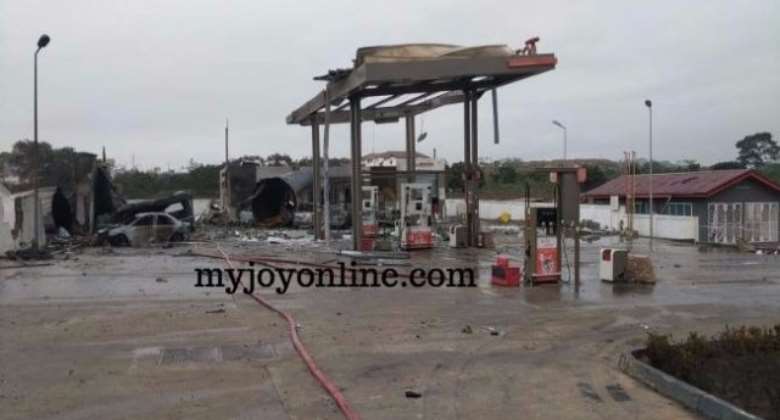 A former CEO of the National Petroleum Authority (NPA) says it is time the country considers the introduction of centralised automatic fuel stations in non-commercial and residential areas.

Alex Mould in his statement said, “government should take serious the closing down all the filling depots for safety reasons and having 3/4 filling stations in the country and using the existing depots as re-selling depots only.”

The comments follow a huge gas explosion at the Atomic Junction near Madina on Saturday which has so far claimed six lives with dozen others injured.

According to him, the discharge protocols of gas should be strictly adhered to prevent such an incident recurring in the future adding "seems that this was the cause of this accident and was the cause of the last 3 such explosions;

"These explosions are normally when a tanker is discharging and there is a leakage in the coupling (make to female connections on the offloading hoses)."

Mr Mould explained that "The seals in these couplings become brittle and as such fail to seal the liquid discharge and some gas escapes. Sometimes too the coupling just removes and large spillages occur.

"Normally these are rectified when there are attendants watching with the fire warden standing by ready with carbon dioxide and foam retardants. It is similar to the seals in your home cylinder where the regulator from your stove pipe goes into the cylinder," he said.