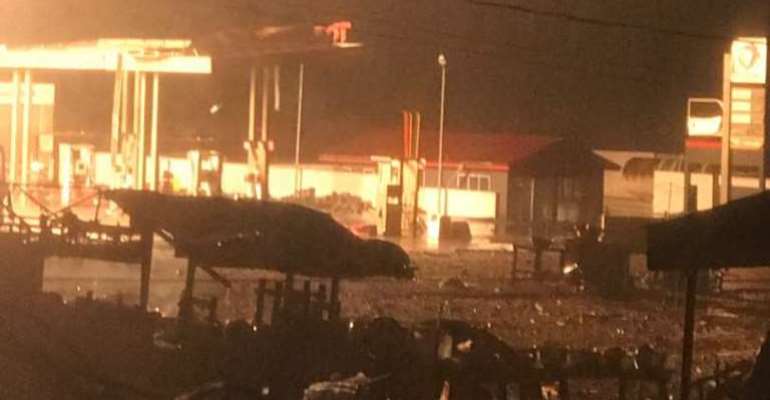 One person has been confirmed dead with several others injured in the gas explosion that occurred at the gas filling station at Atomic Junction in Accra.

This was confirmed by the deputy Director of the National Disaster Management Organization (NADMO), Abu Ramadan.

He said the deceased jumped from an overpass footbridge because he panicked over the explosion.

Mr. Ramadan told Citi News that several other injured persons have been rushed to the hospital.

A reporter, Franklin Badu Jnr, reported from the University of Ghana Hospital that several injured victims are being treated.

He added that because it is a small hospital, some of the seriously injured victims are being transferred to Korle Bu and the 37 Military hospital.

A gas station at Atomic Junction in Accra went up in flames on Saturday evening.

Citi News' Richard Dela Sky who is at the scene reported that “it is really terrifying.”

“I can hear piercing sound of gas explosion. I can see a lot of fire tenders here trying to put the fire off. The residual gas in the container is burning. I can still hear sounds of explosion. The whole area has been cordoned off by the police. No vehicle is being allowed to the scene.”