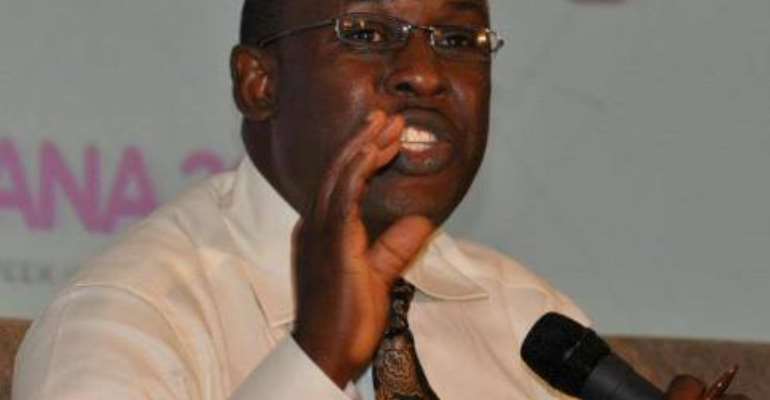 Vice President of IMANI Africa, Kofi Bentil, has questioned the proposed source of funding for the yet-to-be established Office of Special Prosecutor.

He argues that, the proposal, which includes donations from external bodies, is a potential ground for corruption, which the office seeks to fight.

The Bill to establish the office, which is currently in Parliament for consideration, lists donations and grants as sources of funding.

Kofi Bentil, who was speaking at a media training dialogue on the Bill under the auspices of the Ghana Anti-Corruption Coalition in Accra on Friday, suggested that the Consolidated Funds could be used to fund the Office.

“Take out donations and grants. It is a window for corruption. Why can we not fund this office with the Consolidated Fund? Leave no room for anyone to make a donation…. Some of these drug dealers plan 10 years ahead. They will start taking care of you, building houses for you, buying you cars, giving you foreign trips, paying your kids' school fees 10 years ahead before they get into trouble. And when they get into trouble and you see that it is him who has been giving you these things for the past 10 years, you would not be able to take action against him,” he said.

Kofi Bentil added that, the Office of the Special Prosecutor cannot be truly functional without some constitutional amendments.

Meanwhile, the report of Parliament's Constitutional, Legal and Parliamentary Affairs Committee, on the Office of the Special Prosecutor Bill, which was expected to be laid in parliament today [Friday], has been postponed to Tuesday.

This follows the Committee's conclusion of consultations with various stakeholders concerned with the Bill.

The objective of the Bill is to establish a specialized agency to investigate specific cases of corruption involving public officers, as well as individuals in the private sector implicated in corrupt acts.