Affail Monney Has a Character Problem 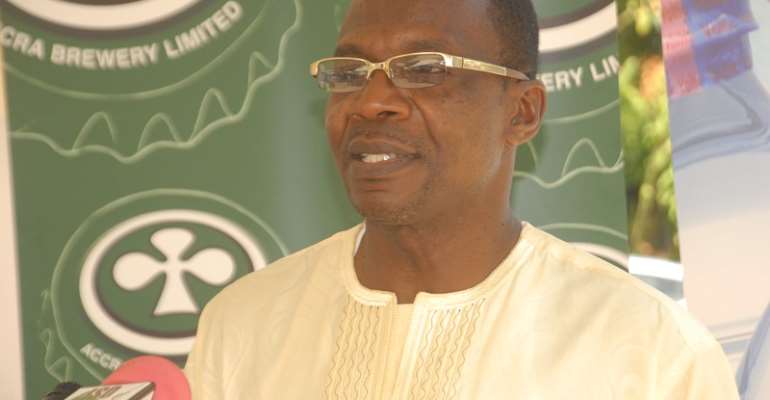 I unreservedly agree with Mr. Mustapha Hamid, the Minister of Information, that Mr. Roland Affail Monney, the newly reelected President of the Ghana Journalists Association (GJA), did not commit any gross error in judgment, recently, when he cautioned members of the media profession against the sort of hostile muck-raking investigative reportage that is apt to unnecessarily antagonize the business community of the country and scare away well-meaning potential investors from the country as well (See “Mustapha Hamid Defends Affail Monney” Graphic.com / Ghanaweb.com 9/19/17).

You see, the problem that some of us have with Mr. Affail Monney is the nauseatingly timid manner in which he handled the savage treatment meted the young broadcast journalist from the Ghana Broadcasting Corporation (GBC), where the GJA President is an executive director, by then-Mahama Presidential Staffer Mr. Stanley X. Dogbe. It well appears that Mr. Affail Monney is far more interested in protecting his own plum job and ingratiating himself with whichever group of politicians happen to occupy the Flagstaff House, than helping brutally victimized journalists who are crudely put in their place by obnoxious and self-serving politicians, such as happened to the young broadcast reporter from the GBC, secure justice.

In the case of the Dogbe savaging of the young GBC reporter, I cannot readily recall the victim’s name, the President of the GJA was scandalously mum on the issue, which, no doubt, rendered his position as GJA President otiose or absolutely useless. In the end, Mr. Affail Monney only managed to get the then-Mahama Chief-of-Staff, Mr. Julius Debrah, to offer a base payment for the replacement of the publicly owned broadcast equipment which was totally destroyed by Mr. Dogbe; and, I also believe, a token sum of undisclosed money for the underwriting of medical treatment for the victim, whose sole crime was to have presumed to get too close to Mr. Dogbe and then-Communications Minister Dr. Edward Omane-Boamah.

Not surprisingly, Messrs. Omane-Boamah and Dogbe have reportedly been cited in the Botchwey Report as having singularly and significantly contributed to the massive defeat of their former boss at the hands of then-Candidate Addo Dankwa Akufo-Addo. If they do not already have this in place, the GJA may very well consider the establishment of a Legal Services Department to take care of problems such as the brutal savaging of the young broadcast journalist and the Ghanaian Times reporter who perished in the clearly avoidable motor accident, due to the abject neglect of the well-being of media operatives attached to the Mahama Flagstaff House. At the very least, the brutally mauled GBC reporter ought to have been reasonably compensated for both his visible physical injuries and the grave emotional anguish and humiliation suffered at the hands of the Mahama human pit-bull.

Mr. Affail Monney does not also seem to have done enough to protect journalists attached to the Mahama Flagstaff House from being routinely treated like the unwanted family dog, which clearly and directly resulted in the roadkill of the Ghanaian Times reporter who, we were told, had been inhumanely jampacked with his colleagues in a scarcely roadworthy minivan that slipped off the Accra-Ho highway and into a ravine. It is for critical reasons such as the foregoing that I think it is time another national media association or union got established to give the GJA the direly needed competition. I already have a name for this GJA rival. Let’s tentatively call it either the Ghana Press Association (GPA) or the Ghana Press Club (GPC).