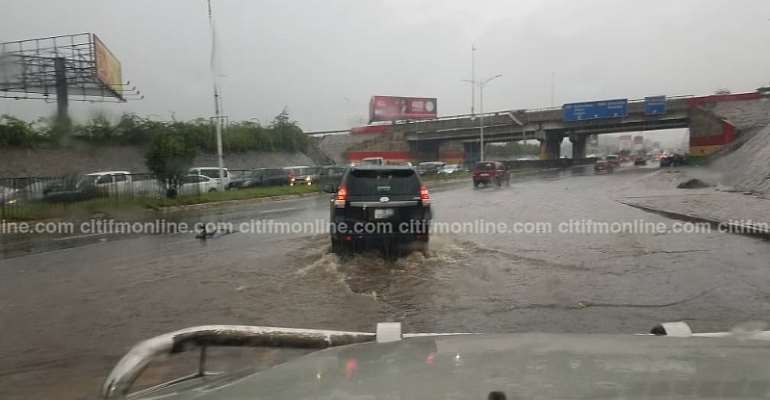 Many parts of Ghana's capital, Accra, have been submerged in flood waters, curtailing vehicular movement after few hours of rain on Friday morning.

Most drivers have been forced to make a detour, while others have parked their vehicles due to the pool of flood waters on major highways. 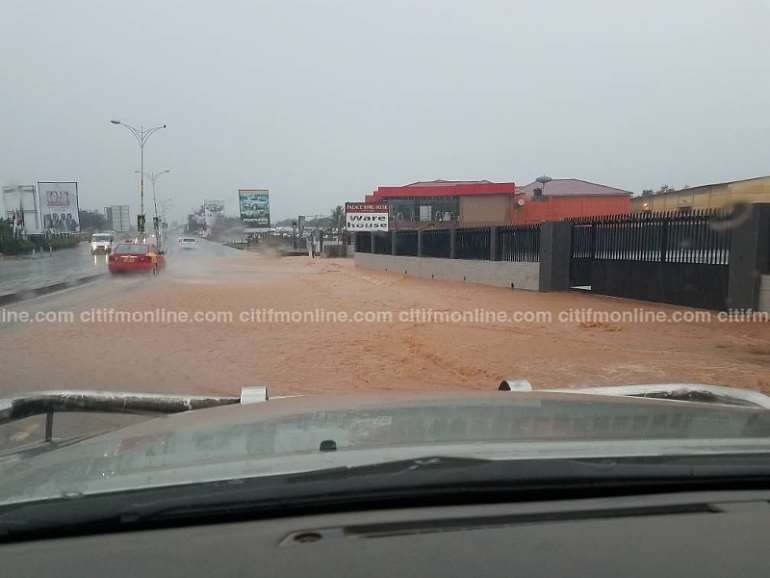 The flooding situation has resulted in a gridlock in areas such as Kaneshie and Lapaz. 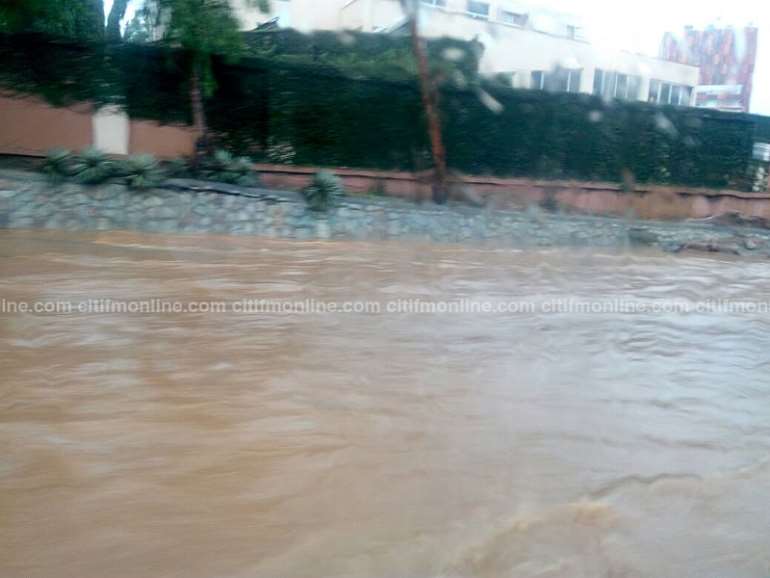 Shiashie
The flood waters have also washed debris and all kinds of filth unto the streets. 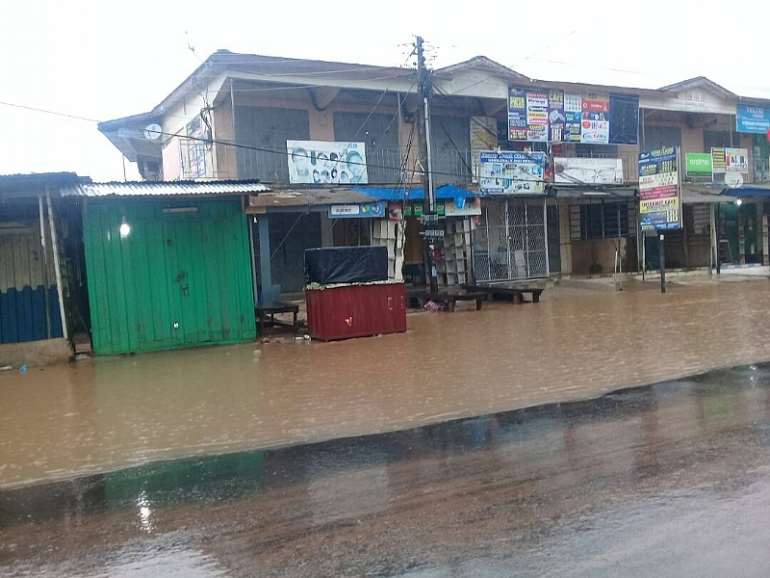 Odorkor
The flood raises questions about governments; past and present's competence to address the problem which has become a perennial one. 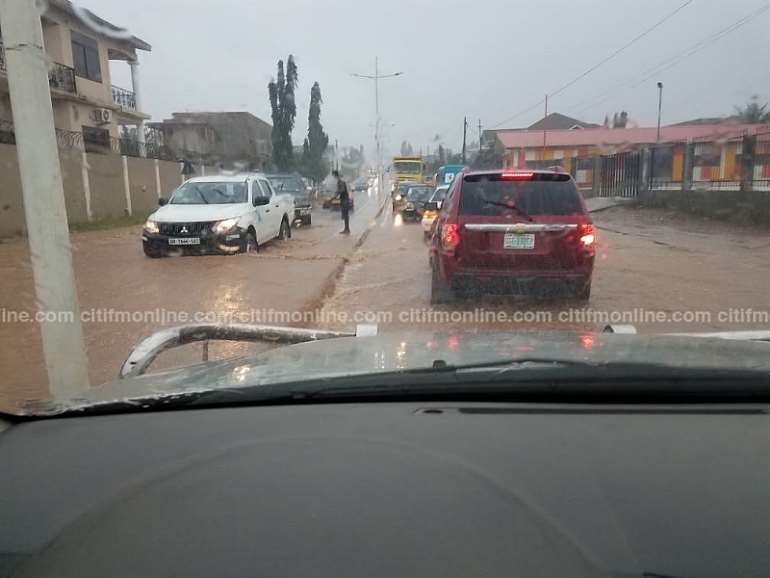 Following a downpour in February 2017 that wrecked havoc in the area, the Works and Housing Minister, Samuel Atta Akyea, said the country requires $700 million to permanently fix the issue. 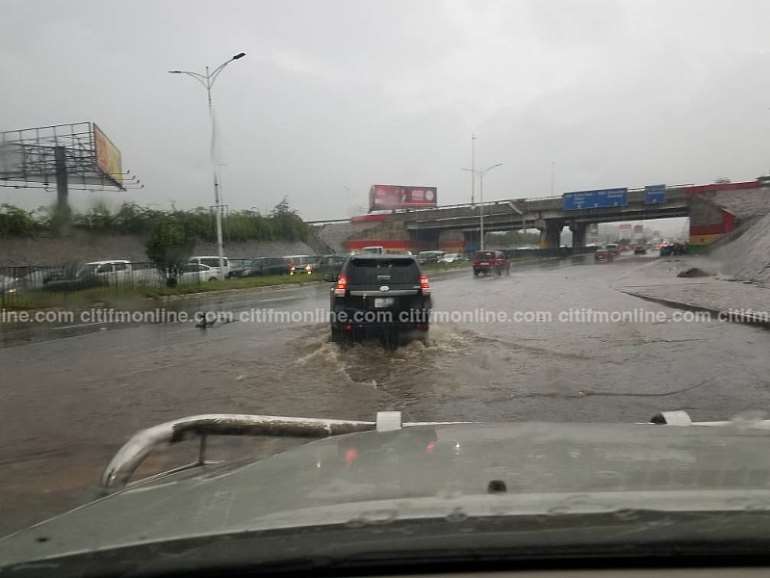 Tetteh Quarshie
But before the amount is raised to commence works to halt the floods, city authorities and the Greater Accra Regional Minister, have contracted a private company to dredge some major drains in the capital to allow water to flow freely whenever it rains.