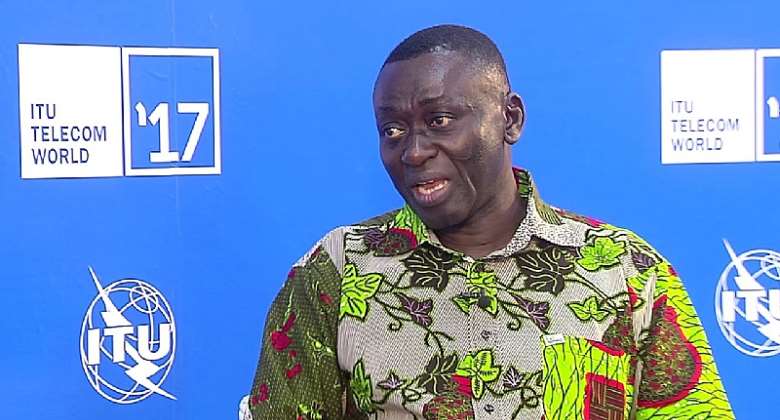 Beginning this month, the Ghana Investment Fund for Electronic Communications (GIFEC) is starting a project that promises to turn some deprived areas into smart communities.

This is part of the government's digital Ghana agenda dubbed "it's digi-time in Ghana", which seeks to, among other things, boost internet and WiFi penetration and usage across the country, digitize all citizens information and government services to the public in a march towards making Ghana a smart country ultimately.

GIFEC was part of the Ghana delegation led by Deputy Minister of Communications, Nenyi George Kojo Andah to the conference.

GIFEC's role in the telecom industry has mainly been to use funds drawn from industry players, mainly telcos, to install infrastructure in unserved and underserved area so that telcos and ISPs could co-locate on them and provide service to residents of those areas.

This role is important because some of those area don't present a good business case for each telco to invest money into installing their own infrastructure.

Part of GIFEC's role is also to supply ICT equipment and solutions to various institutions and communities to help bridge the digital gap and ensure digital inclusion.

Smart communities
But Kofi Asante said GIFEC is now moving beyond putting up telecom masts and supplying computers to actually turn the deprived communities into smart ones through digitization, characterized by reliable WiFi connectivity on the back of which several services will run.

He explained that the three-year pilot phase of the project, billed to take off this month, targets four strategically selected communities to begin with.

Kofi Asante said "smart" in this sense would be to provide internet point of presence in all the selected communities and provide local WiFi connectivity with the view to including them in the information society, ensuring business is done in an accelerated manner and making life generally easier for residents.

"We intend to provide at least 200 internet points of presence within every 25 kilometers radius in each selected community, to ensure they are thoroughly covered.

"We also have at least two terabytes of cloud space above each of the communities, so we can put relevant and community-specific local content in that space for students, farmers, traders and various categories of people in the respective communities to access with their local WiFi even without internet connectivity," he said.

He said the connectivity will come with applications that support e-Health, e-Education, public safety, e-policing, e-Agriculture, e-Commerce, and other applications to be designed and deployed based on the peculiarities of each community

Sustainability
The GIFEC Administrator said the WiFi access would be largely free, base on income levels, but for some communities, jobs will be provided for people to sell affordable vouchers to residents - and that is an innovative way of creating entrepreneurs and ensuring sustainability.

He said the sustainability plan include training trainers to ensure that even people who cannot read and write are drawn into the national digital inclusion drive through tailor-made approach.

"We have given ourselves three years to finish the pilot, after which we will replicate mainly in the district capitals across the country until everyone is covered - though it is ambitious we are very hopeful it will succeed and benefit greater majority of Ghanaians in the long run," he said.

Currently, the GIFEC smart communities project is set to start on the back of the LTE infrastructure of the National Information Technology Agency (NITA) or from the Bureau of National Communication (BNC), with GIFEC's own Satellite Hub serving as a backhaul.

But the Administrator said the long-term plan is for GIFEC to lay its own fibre into the remote communities in collaboration with the telcos because fibre has bigger capacities and promises better user experience.

"We will tap on the telcos fibre arteries and extend capillaries to the remote communities that are not by the roadside to also have connectivity," he said.

Meanwhile, GIFEC is also going to work with telcos to deploy the latter's Universal Mobile Telecommunication Systems (UMTS) on the 900MHz spectrum to extend 3G data services to the unserved and underserved area.

New tower model
Kofi Asante said added to that they have also adopted a new and cost-effective model of spreading telecom masts across the country, where they will collaborate with telcos and telecoms infrastructure companies to accelerate the installation of masts.

He explained that the new model means GIFEC will play a facilitation role by selecting and securing the sites, while infrastructure companies provide the equipment and telcos provide the service and the two (telcos and equipment providers) will agree on a revenue share arrangement.

"So far we have identified about 700 sites where masts can be mounted under the new model and we are starting with MTN and Huawei to mount 100 masts by the close of this year.

"By the close of next year we will add another 200 and the following year another 400 will come on stream. The plan is to cover about 95 per cent of the unserved and underserved areas over the next four years," he said.

GIFEC has therefore established a Sustainability and Partnership Unit (SPU) to oversee the implementation of the new model, and the Administrator said that it will help GIFEC spend much less to achieve more, so that the savings could be invested in areas where GIFEC's intervention is really needed.