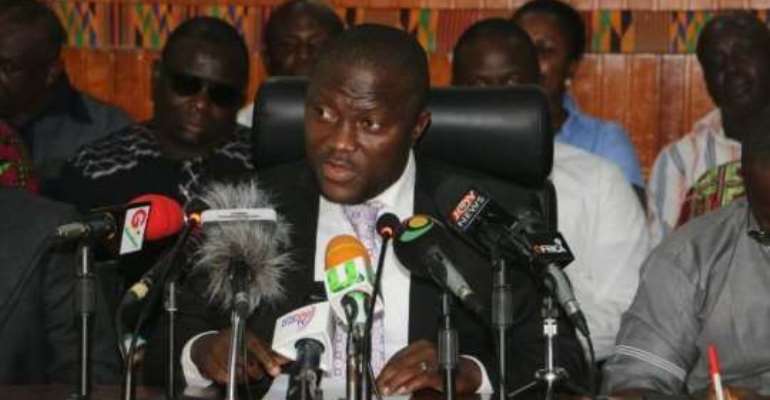 The launch was in collaboration with the Metropolitan Waste and Allied Services (MWAS) and the Abossey Okai Spare Parts Dealers Association.

Mr Mohammed Nii Adjei Sowah, the Accra Metropolitan Chief Executive, who launched the project, said Abossey Okai would soon become a Model Business Enclave free from filth and to be replicated in other commercial business centres in Accra.

Under the 'Think Clean Project,' shop owners in Abossey Okai would be registered at GH¢10.00 each whilst table top sellers would pay GH¢5.00 each at the end of every month to ensure the smooth running of the project.

Mr Sowah commended the spare parts dealers association for their immense contribution during the national sanitation day exercise and urged them to continue supporting the project, which would be undertaken by MWAS in the area.

He advised the people to be responsible by disposing off the filth they generate and warned that anyone found flouting the sanitation bye laws would be prosecuted.

Mr Gershon Sogbey, the General Manager of MWAS presented over 200 waste bins in support of the project to be placed at vantage points in the area.

The company would further provide streetlights since their operations would normally be carried out at night.

Madam Florence Larbi, a board member of MWAS expressed the company's happiness to be part of the project and urged everyone to help ensure a clean Abossey Okai.

Mr Ebenezer Nii Narh Nartey, the Member of Parliament for Ablekuma Central urged shop owners, and traders in the area to regularly pay their tolls to enable the service providers to offset their operational cost.

He also called on the management of the service providers to pay the cleaners on time to motivate them to give off their best while admonishing the cleaners not to take their work for granted.

Mr Nartey assured the residents and shop owners of Abossey Okai of the construction of drainage system in the area to prevent flooding and the fixing of about 200 streetlights to curb stealing at night.

Mr Clement Boateng, the Public Relations Officer of the Abossey Okai Spare Parts Dealers Association expressed gratitude to the AMA and the MWAS for the project Abossey Okai, adding that, a task force had been formed to ensure the compliance of the sanitation bye laws.