Animal Welfare Advocates Call For Stunning of Animals In Ghana 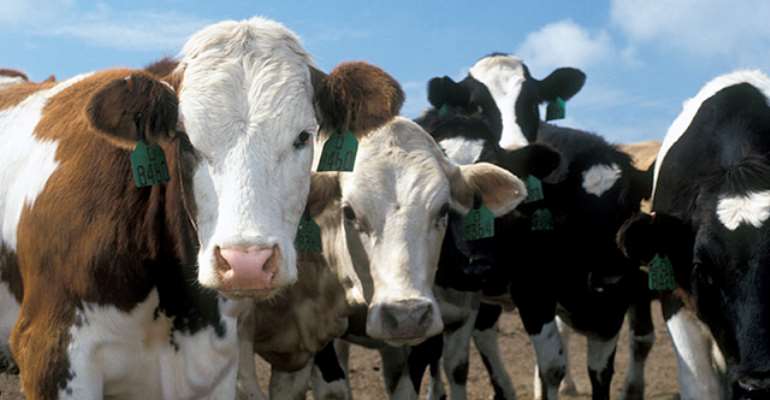 Cape Coast, Oct. 03, GNA - West Africa animals' welfare activists have called on all religious persuasions to accept stunning of animals as the most scientifically humane method of killing them for food and processing.

Stunning is an internationally accepted induced process of killing animals by making them unconscious and insensitive without pain to instantaneous killing.

According to the activists, research had shown that the stunning processes reduced the pain associated with the neck, improved operator safety and generally improved the carcass and meat quality.

The more than 130 activists made the appeal in Cape Coast on Tuesday at the maiden Annual Animal Welfare Symposium organised by the West Africa Centre for Protection of Animal Welfare (WACPAW), in collaboration with 'Eyes on Animals.'

It focused on internationally accepted modern methods of seeking the protection and welfare of animals in the farms, during transportation, slaughter and their general health and well-being.

The symposium, which was on the theme: "Raising Awareness of the Welfare of Animals during Transportation and Slaughter," was also used to train industry players on ways of improving the welfare of animals.

Dr Moses Teye, a Senior Lecture at the University of Cape Coast (UCC) and a Research Fellow of WACPAW, reminded operators of slaughter houses and other users of meat to be hygiene-conscious to avoid the spread of diseases and enhance meat quality.

He called for increased protection and welfare of animals in the country and said treating them fairly was an act of God.

Dr Teye expressed the determination to lobby and engage all stakeholders, particularly government, academia, slaughter houses, and butchers to find better ways of handling animals to reduce the stress and the shock they went through before being slaughtered.

That notwithstanding, he appealed to the Government to formulate legislation and policies that would help improve on animal welfare.

He cited biblical quotations from the Bible and the Quran that said a righteous man cared for the needs of his animals and, therefore, entreated the public not to wrong animals but seek their welfare at all times.

Touching on the welfare on animal transportation, slaughter and products, Prof Anthony Annan-Prah, a Microbiologist at UCC, said the principal requirements for transporting and protecting animals required that vehicles used in loading or unloading be designed, constructed, and maintained to, among other things, avoid injuries.

That, he noted, would protect animals from inclement weather, extreme temperatures, and adverse changes in climatic conditions and provide sufficient space and ventilation at their compartments.

The Microbiologist stressed the need for farmers, especially to improve the fitness of animals before transporting them.

"They must always ensure good breeding while securing that weak, sick or emaciated animals are euthanised on the farm before transportation," he added.

I Wish You Die In Prison — Judge To Convict Who Defiled His ...
31 minutes ago