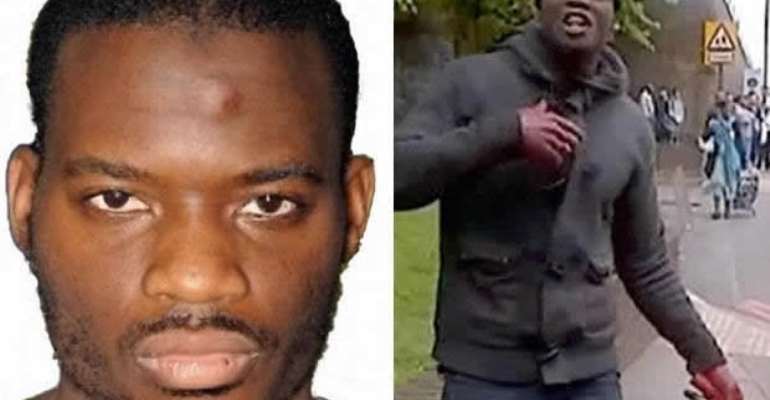 Court papers have revealed that Michael Adebolajo has claimed his prison treatment “was a gross affront to his personal dignity”.

The Killer had his two front teeth knocked out as guards tried to restrain him, causing him to become agitated.

Documents obtained by the Daily Mirror show Adebolajo has claimed the incident has been made worse because officials have “failed to apologise”.

Fusilier Rigby’s dad, Phil McClure, hit out the death-worshipper, who is trying to claim more than double the amount families of murder victims can claim – at £11,000.

He told the paper: “He never apologised for what he did to my son and now he wants an apology from the Prison Service?

“He’s asking for more than twice that. It’s scandalous.”

He was eventually moved to HMP Frankland in Durham over fears he was radicalising other inmates.

Terrorists Adebolajo and Michael Adebowale, 28, mowed down Mr Rigby outside Woolwich barracks in 2013, while he was collecting money for charity.

They then stabbed him several times and tried to cut off his head.

The Ministry of Justice denies any excessive force was used in the prison incident.

Officers involved in restraining Adebolajo were also cleared of doing anything wrong.