Drama At MASLOC...350 Cars Confiscated Over Non-Payment Of Loans 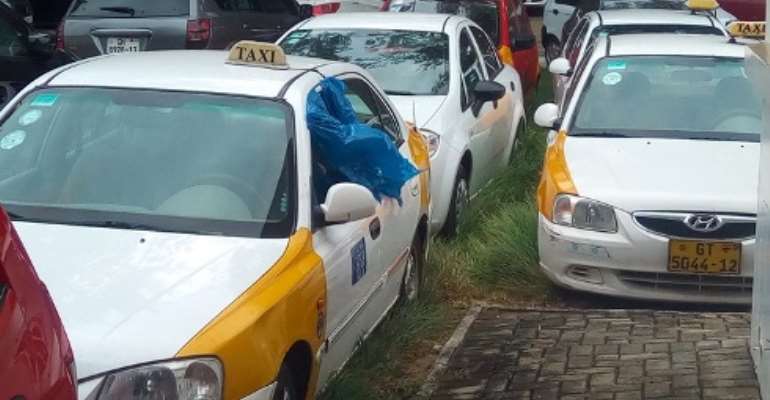 More than 350 commercial vehicles, mostly taxis, have been confiscated from individuals and groups who failed to repay loans they contracted from the Micro Finance and Small Loans Centre (MASLOC).

Additionally, MASLOC has mounted an intensive search to retrieve more than 150 more vehicles whose owners are indebted to the centre.

Broken commitments
The affected owners are said to have secured the loans from MASLOC to purchase those vehicles but have reneged on their commitment to repay the loans, a situation which has contributed to the financial difficulties confronting the centre.

Beneficiaries of MASLOC credit facilities are indebted to the centre beyond GH¢100 million, covering the period from 2009 to 2017.

In an interview with the Daily Graphic, the Chief Executive Officer (CEO) of MASLOC, Mr Stephen Amoah, complained about the precarious financial situation of the organisation since he assumed office.

The level of indebtedness, he said, had rendered MASLOC financially incapacitated to effectively execute its mandate.

MASLOC was established in 2006 by the then government to provide funds for micro and small-scale entrepreneurs to strengthen their operations as an effective and viable strategy for poverty reduction.

Mr Amoah said Members of Parliament (MPs) from both the National Democratic Congress (NDC) and the New Patriotic Party (NPP) were indebted to MASLOC and his office had petitioned the Clerk of Parliament on the issue.

He mentioned a recent retrieval of 19 vehicles from a single person and served notice that his outfit would leave no stone unturned to retrieve money and vehicles from debtors.

Majority of the vehicles are saloon cars, including Fiat and Chevrolet.

When the Daily Graphic visited the place last Monday, most of the confiscated vehicles had taken up every available parking space, making it difficult for visitors to find space to park their vehicles.

An official of MASLOC told the Daily Graphic that since the beginning of this year, MASLOC had not been able to embark on any serious activity owing to its huge indebtedness, hence the setting up of a loan recovery task force to clamp down on all defaulters.

Mr Amoah said a fact-finding exercise conducted by the centre in the three regions of the north in March this year indicated that orders from highly placed officials in the previous administration compelled some officials of MASLOC to give loans to unqualified people.

Lawyers for MASLOC have been working seriously to prosecute defaulters.

The list of heavy debtors had in the past been referred to the Economic and Organised Crime Office (EOCO) and the Bureau of National Investigations (BNI) for action.

Politicisation
The challenges facing MASLOC have largely been blamed on the politicisation of the institution.

Successive managers keep blaming previous administrations for failing to follow due diligence in disbursing money to beneficiaries, citing weak institutional checks and monitoring, as well as improper documentation of beneficiaries.

Sympathisers of a governing party at any particular point in time who benefit from MASLOC have always failed to pay back their loans on the assumption that the support was their reward for working for the party.

The Daily Graphic gathered that GH¢43 million which was made available to the MASLOC office in the Western Region in 2008 had still not been paid back by the beneficiaries.

“They apparently think it is free money for government functionaries,” the source told the Daily Graphic.

Some of the beneficiaries are said to have used names of others to secure loans without their knowledge and consent.