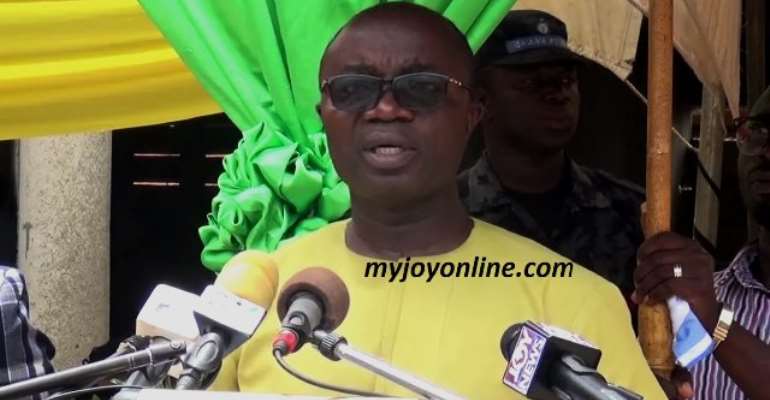 City authorities in Kumasi are rolling out an ambitious program to rid the city of filth.

Anti-littering and tree planting initiative will receive attention to restore the Ashanti Region capital to its glorious past as West Africa’s ‘Garden City'.

He warns residents who flout the Assembly's by-laws on sanitation will face severe sanctions.

"Nobody dared to litter the streets of Kumasi about 40-years ago. It was and still is unlawful to do that. We want to go back to those days by enforcement. We will not start with sanctions straight away; we want to begin first with education," he revealed.

Over 150 National Service personnel are undergoing special training for public education on the dangers of littering and other sanitation offenses.

It makes the city the biggest waste generator of all metropolitan, municipal and district Assemblies in the country.

According to Mr Assibey Antwi, poor management of solid and liquid waste amidst inadequate environmental health staff has over the years created huge mountains of uncleared refuse.

At least, 13 such heaps have been cleared recently by the Assembly.

Mr. Assibey-Antwi says the way to go is to enforce the Assembly’s age-old by-laws on littering in order to deter offenders.

He later told Joy News the Assembly is determined to succeed against all odds.

"It is not difficult. It's all about education. All that we are saying is that we want to keep the city clean and green. So how can we get the city very clean? When people are well educated and the people refuse to litter, we are achieving our goal," he said.