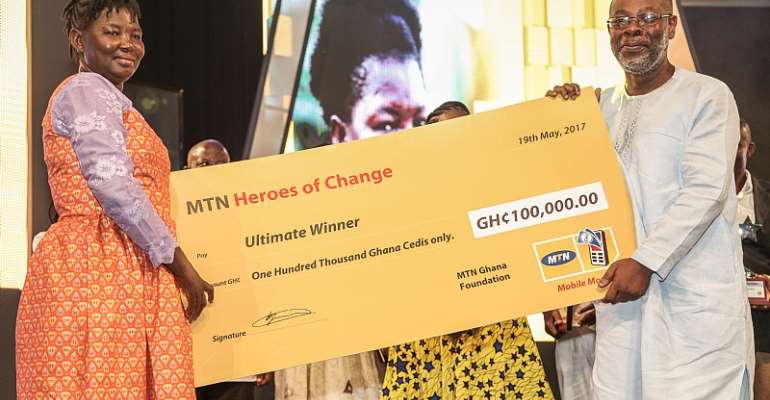 Though she was not born with speech and hearing disability, she lost her ability to speak or hear at the age of eleven due to an accident. With her disability, Mrs Genevieve Basigha refused to allow her impairment to be an obstacle to her life. Rather, she decided to make the lives of others like her worth living by starting a school for the deaf and dump in Obuasi. It was through this efforts that Mrs Genevieve Basigha was crowned the overall winner of MTN Heroes of Change Season III, an experience she said is the best thing to have happened to her.

Genevieve Basigha set up the Research Utilization School for the Deaf school in Obuasi in the Ashanti Region to cater for children who are also deaf and dumb. Prior to her nomination for the MTN Heroes of Change, the project was self-financed and supported with a GH₵70 fee paid per term by parents of the children.

She recounted the hard times she went through, as she had very little financial support from fellow hearing impaired people and her community. “We had poor classrooms, only two teachers, little food, and few teaching and learning materials,” she said.

Mrs Basigha, however, refused to give up and defied all odds to give the children a brighter future. Emerging the ultimate winner of the MTN Heroes of Change Season III, Mrs Basigha received GHC100, 000 to support her work and enable her expand the project to impact more beneficiaries.

“The MTN Heroes of Change became my voice and the voice of many hearing impaired children,” she said. “The support I received gave us hope and a better tomorrow. After MTN Heroes of Change, I have now become the mother and hope for many hearing impaired children in Ghana and hope for a better education and a brighter tomorrow for them.”

With support from the MTN Ghana Foundation, a six classroom unit currently under construction for the hearing impaired is at the lentil stage. Mrs Basigha has also received donations from many other people and groups, due to the exposure she received from the Heroes of Change project.

MTN Heroes of Change was first launched in July 2013 with the aim of identifying and recognizing selfless people who continue to sacrifice their time and resources to improve their communities and brighten lives. Like Mrs Basigha, the winners of the previous seasons of the MTN Heroes of Change are making tremendous impact in their communities. Dr. Abrokwa-Yenkyera, Founder of the GRAFT Foundation and the ultimate winner for the maiden edition of MTN Heroes of Change, has brought hope to the medically hopeless and poor by providing free reconstructive plastic surgery.

Madam Paulina Opei, the winner of Season II, is the founder of 'Save Our Lives' orphanage in the Ashanti Region. She takes care of abandoned children and orphans from some of the most deprived communities in the country. Apart from providing shelter and food, Madam Opei supports the orphans with formal education.

As we continue to celebrate the past MTN Heroes of Change winners, Season IV of the MTN Heroes of Change was launched on 20thSeptember 2017. Nominations are opened from 20th September to 8th November 2017. Shortlisted projects would be pruned to 100 and thereafter to 40 and finally to 10. The stories of the top 10 finalists will be filmed and featured in a 13-week television show after which a grand finale will be held to announce the ultimate and category winners. 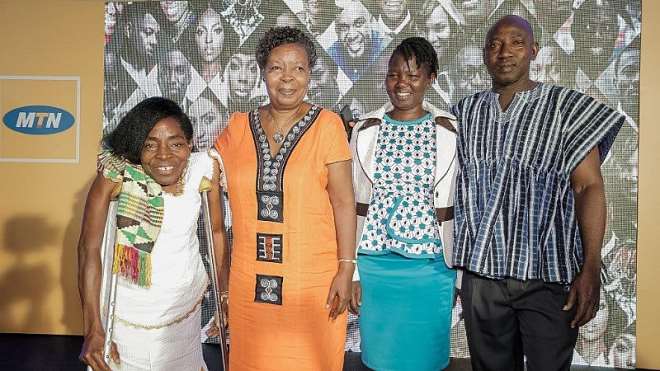