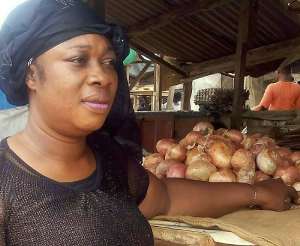 Most of the traditional markets in Accra are in a deplorable states. They do not have modern market facilities to enable them perform their functions as modern markets in the various communities.

Businesses are slow in these markets as people no longer patronise them because of poor infrastructure. Business activities in these markets have virtually come to a halt. This has brought untold suffering to the trader folks who operate in those markets.

In times past, the markets were booming with lots of shoppers, including expatriates shopping on a daily basis. But today, these shoppers hardly come around to shop because of the poor state of the markets.

A careful study conducted by a team of journalists from Journalists In Community Development (JICD) proved that the authorities-district assemblies, members of parliament and the chiefs whose responsibility it is to ensure the wellbeing of the markets, have not been supportive enough.

Interestingly, some of these markets have been in the news in recent times for issues of poor infrastracture, neglet, poor security, low patronage, among others. Traders of these markers often complaint of attacks by armed robbers who rob them of their money and valuables.

Again, traders complain of thieves who steal their wares at night because there are no proper places to keep them.

The lack of proper infrastructure has eventually driven away all of their customers from shopping in the markets. Instead, they go to the malls to shop. Clearly, the customers find these malls better for shopping because the mall have modern infrastructure which make shopping more fun. Afterall, everthing, including "momone" (stinking fish) can be obtained from the malls.

Nonetheless, traders have remained in the markets because they have no alternative source of livelihood.

Obviously, these developments have called for urgent need for our traditional markets to be given a facelift to befit a modern market. This is the only way that we can keep the traders in a more profitable and sustainable business. 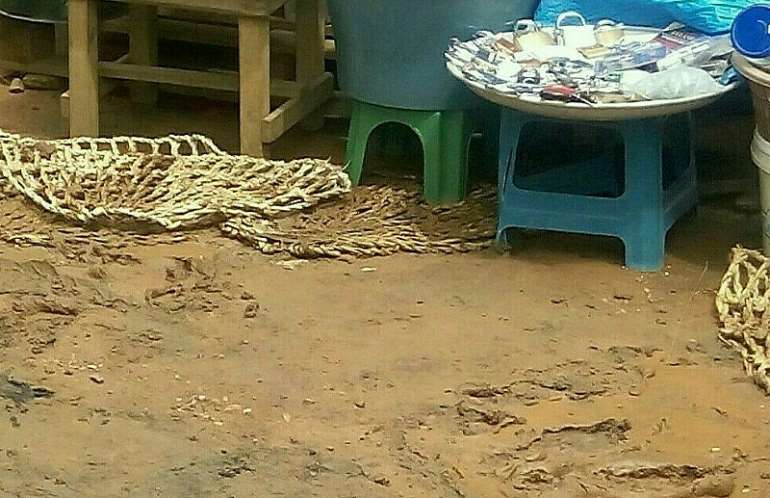 A JICD reporter visited the Anyaa market, in the Anyaa Ablekum constituency of the Ga Central Municipal Assembly. In an interview, the Deputy Organiser of Anyaa Market Association, Madam Dina Anum, appealed to Nana Akuffo Addo to construct a modern market in place of the old deplorable one for them. According to her, the Mahama administration promised to provide a bus terminal and a modern market for the people of the constituency but time permitted only the terminal to be completed.

The organiser said ever since the NPP took office nine months ago, there has been no sign of the new administration continuing the project to alleviate the suffering of the traders.

She therefore advised the government not to abandon projects that were started by the previous administration, but to continue and complete them to maintain growth and development for the people.

Complaining further, the Deputy Organiser stressed that anytime it rains, the entire market becomes flooded and muddy, and this makes it difficult for traders and shoppers to come to the market. Again, she complained that traders do not have secured places where they keep their wares. And this, she said has given thieves the opportunity to steal at will.

Madam Anum told the reporter that the poor state of the market has cost traders all their trading capital. "now we have place to turn to, we find it difficult to support our families under the circumstance", she cried.

Concluding, the Deputy Organiser appealed to Nana Akuffo Addo and the Member of Parliament for the area, Hon. Ayokor Botwe to use their high offices to construct the market for the traders in order to restore their economic fortunes.