Fact File: The Town That Birthed A Nation 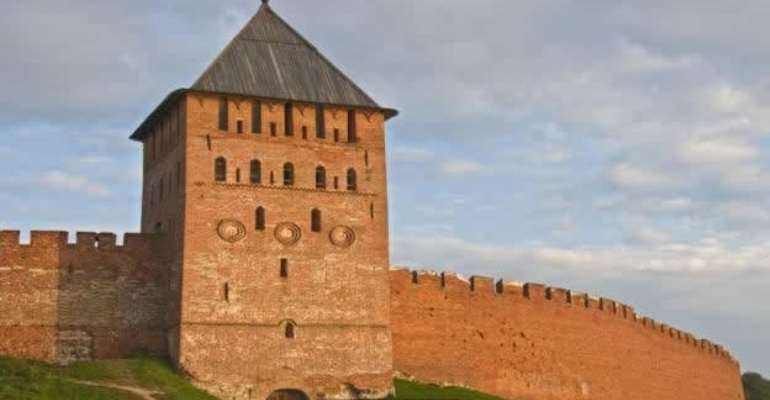 One hundred years ago, revolution flung Russia from the imperialist era into the communist era – from centuries of tsars to red Soviet stars. In St Petersburg, extravagant palaces recall the lavish lifestyles of the Russian emperors, while in Moscow, austere skyscrapers are reminders of the stark existence under dictatorial rule.

Even though it’s been a century since Russians found themselves at the crossroads between these two major phases of their nation’s history, many are still at odds with one another over which period – and which city – had the greatest impact on today’s Russian culture and sparked citizens’ profound patriotism. But while residents of Moscow and St Petersburg argue whether it was the Soviets or the tsars who planted the seed of nationalism, residents of Veliky Novgorod (known simply as Novgorod) insist it was the Vikings.

This is where Russia was born
At first glance, Russia’s third-largest city (located roughly 200km south of St Petersburg along the Volkhov River) appears frozen in Soviet times, with nothing to suggest it could be anywhere special. The train station stands quiet, while the streets, lined with nondescript, concrete buildings, feel undernourished. It is only inside the fortified Novgorod Kremlin – one of the oldest fortified citadels in Russia – that you get a sense of this place’s historical significance.

This, the Novgorodians say, is where Russia was born. 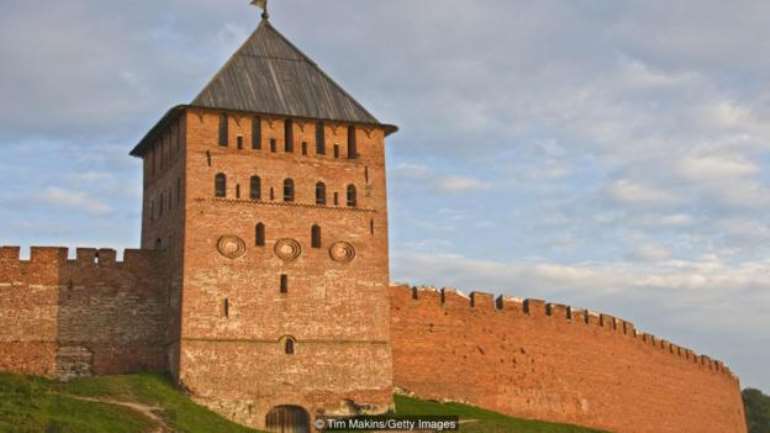 The Novgorod Kremlin is one of the oldest citadels in Russia (Credit: Tim Makins/Getty Images)

In the 9th Century, Novgorod was a thriving trading settlement along a major Varangian (the medieval term for Viking) trade route between Scandinavia and Greece. Novgorod thrummed with life as merchants exchanged exotic fabrics, metals, wines and amber from the Mediterranean for the luxurious ermine, sable and marten fur for which Novgorod was famous.

Yet this was a lawless place, and fighting was common between Novgorodians and other nearby communities. Looking to establish order, the Novgorodians invited the then powerful Varangian chief Prince Rurik to establish a fair and just government. Rurik obliged, travelling from Jutland (today’s Denmark) to take control of the city in 862. Upon Rurik’s death in 879, his kinsman, Oleg, took power and expanded the empire, seizing land north to what would later become St Petersburg and as far south as Kiev (more than 1,000km from Novgorod) and uniting surrounding Slavic and Finnish tribes to form the Kievan Rus state.

Novgorod prospered, and thanks to a wide degree of autonomy granted by leaders of Kieven Rus, the city was free to develop its own legislative systems; its leaders were elected and served term limits in what was the first democratic government within the region we now call Russia. 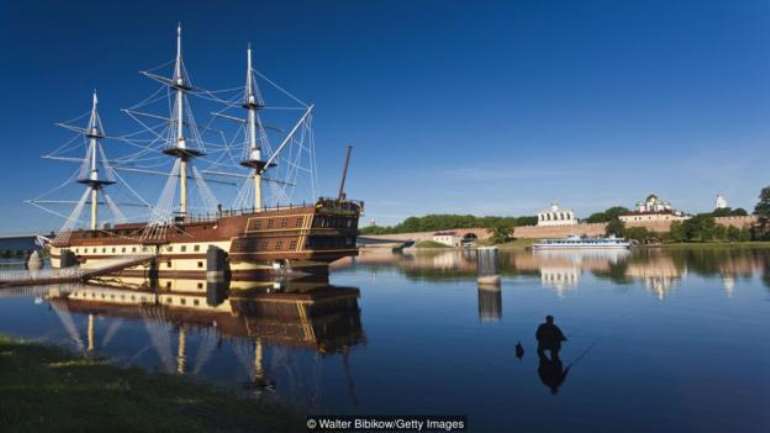 Today the medieval red-brick walls of the Novgorod Kremlin, a Unesco World Heritage site , house the Novgorod State United Museum, featuring exhibitions and artefacts detailing the city’s history, and Yaroslav’s Courtyard , the former site of an extensive 16th-Century marketplace. At the heart of the kremlin is the Monument to the Millennium of Russian Statehood , upon which a sculpture of Prince Rurik stands at the helm. Statues of notables, including Mikhail Romanov and Catherine the Great, spiral down chronologically through Russian history. The primary figure however, has always been Rurik.

“Rurik in contemporary Russia is a kind of symbolic figure with a circle of myth concentrated around him,” said Adrian Selin, professor and senior research fellow in the Department of History at St Petersburg’s Higher School of Economics.

Over time, Rurik has become a legend so symbolic that the Soviet Union went against having him documented as the founder of Russia, going as far as stating the idea of such a person is a storybook invention. “[Soviet authorities] rejected Rurik to be a real person because the pronunciation of his name, which sounds German or Scandinavian, not Slavonic as how modern Russians identify themselves,” Selin explained. 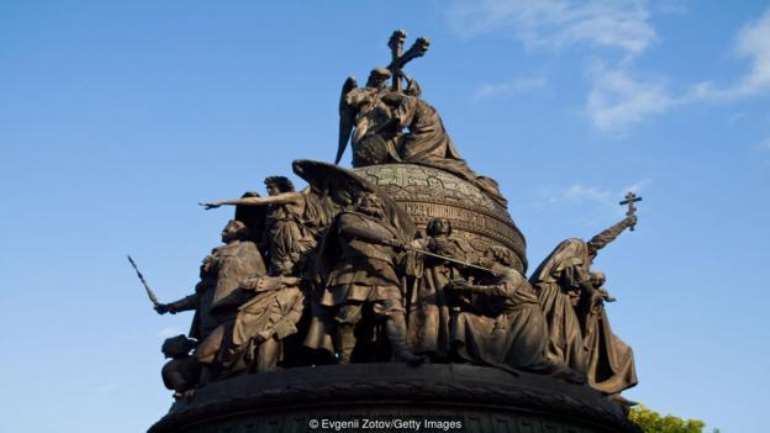 The Monument to the Millenium of Russian Statehood honours Prince Rurik, the legendary founder of the Kievan Rus state (Credit: Evgenii Zotov/Getty Images)

But Novgorodians insist Prince Rurik was real and that he and his kinsmen helped establish several staples of Russian culture.

At the same time as claiming to be the birthplace of Russia, Novgorod is also a significant centre for the spread of the Russian Orthodox religion. Vladimir the Great, ruler of the then Kievan Rus between 980-1015 made the decision he would unite his people under one religion after a series of conflicts between Christian and pagan followers. After sending scholars to study religion around the world, Vladimir chose Orthodox Christianity; today, the Russian Orthodox church plays a prominent role in Russian culture and politics, with Orthodox priests even blessing Russian weapons.

Not long after Vladimir the Great introduced Orthodox Christianity to Kievan Rus, construction began on the Cathedral of St Sophia The Wisdom of God, now the oldest church in the country. Its solid stone construction highlights both the modesty and the might of the Novgorodian people. Meanwhile, the cathedral was one of the first to feature the bulbous onion domes seen on some of Russia’s most famous structures – including Moscow’s famous St Basil’s Cathedral, constructed more than 500 years after the Cathedral of St Sophia. 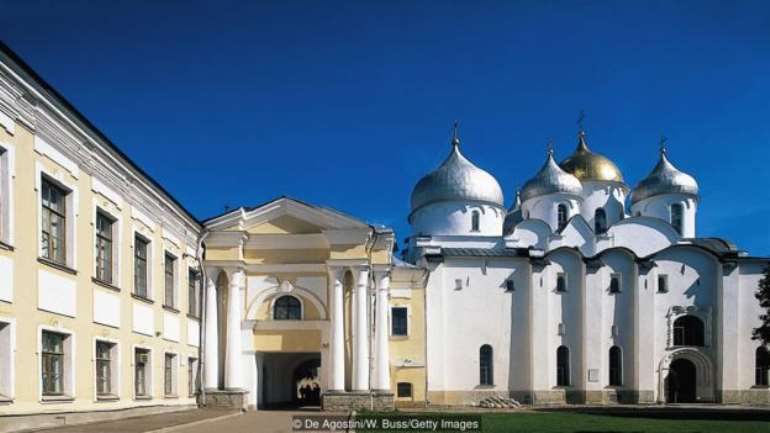 The Cathedral of St. Sophia is the oldest church in Russia and one of the first to feature the iconic onion domes (Credit: De Agostini/W. Buss/Getty Images)

If it made such significant contributions to the nation's culture, why is Novgorod so often upstaged by Moscow and St Petersburg in Russia’s historical narrative?

“[Novgorod] did not become part of Russia until Moscow conquered it in 1478,” explained Nancy Kollmann, professor of history at Stanford University and author of The Russian Empire 1450-1801.

In the mid-13th Century, Mongol forces (known as the Tatars) invaded Kievan Rus. The Tatars established rule over the Rus land and replaced its democratic society with a feudalist one. This caused the disintegration of the state and the rise in power of the Grand Duchy of Moscow.

If Novgorod had conquered Moscow, the Russian Empire would have never existed

Novgorod – which became its own state after the disintegration of Kievan Rus – became threatened by Moscow’s growing strength. The conflict between the two medieval states came to a head in 1471 when the poorly-organised Novgorodian army accidentally clashed with Muscovite forces in what is called the Battle of Shelon. Novgorod suffered such losses that its leaders surrendered the once powerful state to Muscovite rule.

And just like that, Novgorod’s independence was lost, its elected leaders replaced by Muscovite royalty. Nineteenth Century Russian writer Alexander Herzen opined that if only Novgorod had conquered Moscow, the Russian Empire would have never existed. 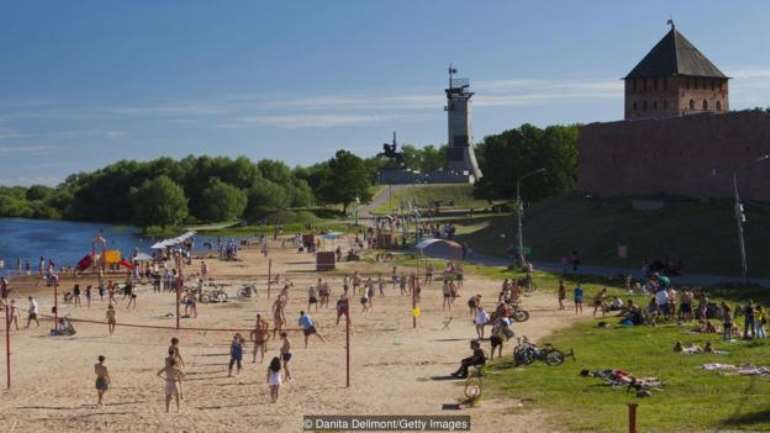 But the influence of Kievan Rus lingered. The Grand Duchy of Moscow continued to refer to its land as Rus, which evolved into ‘Russia’ between the 14th and 16th Centuries. The name held strong as Peter I established the Russian Empire and shifted the seat of power from Moscow to the newly founded St Petersburg in the early 1700s. And although the Soviets shirked the name Russia in favour of the Union of Soviet Socialist Republics (USSR) in 1917, it took hold again after the fall of the Soviet Union in 1991.

No doubt in a country with such broad geographical reach, the origin of Russian culture will continue to be debated. For those in Novgorod at least, the people know their own history and identity are made of legends.

Free SHS Graduates Gather To Campaign For NPP
14 minutes ago