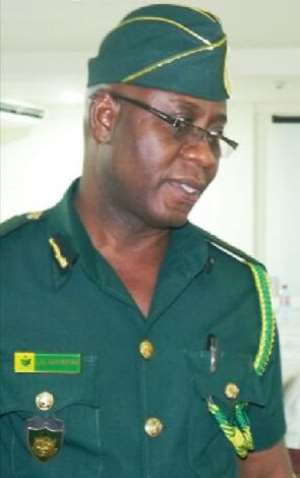 Mr Sivaram in a motion on notice for application for committal for contempt contended that the GIS Controller had failed to comply with orders of the High Court on September 18, this year. The court was presided over by Mrs Justice Naa Adoley Azu.

On September 18, this year, the court presided over by Mrs Azu ruled that the GIS should restore Mr Sivaram's work and resident permit to him within seven days.

This was after the court had granted an order of mandamus directed at the GIS to restore Mr Sivaram's residence and work permits which was cancelled by the Service on the basis of a deportation order dated on May 15, this year and same was quashed by the another High Court in its ruling dated on July 31, this year.

Mrs Azu's ruling further granted an order of injunction restraining the GIS, its agents, assigns, privies servant or any one acting on the authority of the service from making any attempt to remove Mr Sivaram from the jurisdiction.

This was because the decision by the GIS to accept the application for visa on arrival without the requisite statutory fee was a deliberate attempt to decline to process the said application adding the decision made by the GIS administrative official was unfair, unreasonable and same was supported by law.

Mr Sivaram noted that the decision of the court had been served on GIS and same had been reported in the media.

'The orders of the court are clear, unambiguous, and the respondent knows what to do.

The respondent being a professional lawyer and knows the full force of and effect of Court orders and thus his decision not to restore my Residence/Work permit within the seven day period as ordered by the court is a deliberate and wilful attempt to under the authority of the High Court,' he said.

On September 18, this year a High Court in Accra ordered GIS to restore the Residence and Work Permit of Mr Ashok Kumar Sivaram, the Indian businessman within seven days.

Granting an order of Mandamus filed by Mr Sivaram against the Service, the Court also ordered the GIS's assigns, agents and servants to desist from harassing him until his application before the Service was duly processed.

On June 1, this year, the GIS following an order by the Interior Ministry, deported Mr Sivaram on the premise that he had forged his marriage certificate in an application for citizenship.

The Indian businessman, therefore, contested his deportation by filing a judicial review through an order of Certiorari.

Mr Justice Kweku Ackah-Boafo upheld the businessman's application and quashed his deportation order on July 31, this year, on the grounds that the Interior Ministry exceeded its jurisdiction.

The application for committal for contempt is expected to be heard on October 10, this year.