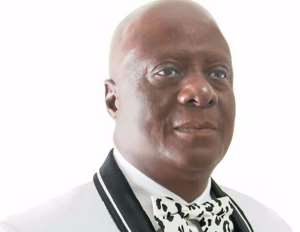 The management of Korle-Bu Teaching Hospital (KBTH) in Accra has clarified the circumstances surrounding the award of contract to two financial institutions to provide what is called 'on site' banking services on behalf of Ghana's premier hospital.

The two financial institutions are Stanbic Bank Ghana Limited – believed to be the preferred bank for the project – and uniBank (Ghana) Limited. They were engaged by the previous management of the hospital.

Heated Debate The debate over whether the processes leading to the award of the contract were fraught with possible corruption was triggered by controversial musician and satirist, Kwame Asare Obeng aka Kwame A-Plus, who alleged that the two current Deputy Chiefs of Staff – Francis Asenso Boakye and Samuel Abu Jinapor – got involved in the process and had tried to front for one of the banks on the project.

President Nana Addo Dankwa Akufo-Addo then ordered the Criminal Investigations Department (CID) of the Ghana Police Service to investigate the allegation by A-Plus against the two appointees but the police, after their investigations, concluded that the allegation was baseless.

It later turned out that A-Plus' allegation of corruption bothered on uniBank, which he claimed the two appointees of the president were fronting for in order to be maintained at Korle-Bu.

A-Plus subsequently apologized in a videotape released on Facebook.

Clarifying Issues In the ensuing debate, the hospital over the weekend issued a statement through its Head of Public Relations, Mustapha Salifu, insisting that “the management decision to engage Stanbic Bank as the sole institution for the onsite banking services in 2016 predated the appointment of the current Acting Chief Executive who started work in June 2017.”

Gov't Directive According to the statement, the decision to outsource its revenue collection was as a result of a directive by the government in 2008 to all public institutions to cede the collection of their revenue to selected banks in the country and added that with the support of the Ministry of Finance and the Controller and Accountant General's Department, the then Merchant Bank (now Universal Merchant Bank) was selected for the exercise for the first time in 2008, but had to disengage the bank because its performance was below par.

The statement said HFC Bank took over the project and was also disengaged in 2015 for the same reason.

Controller's Advice According to the statement, “When the hospital submitted the names of the two banks to the Controller and Accountant General's Department for approval, it raised issues about weaknesses in UniBank's operations in two other hospitals in the metropolis. These issues were: reconciliation challenges, delays and non-provision of real time access to relevant stakeholders.”

The statement said regardless of the Controller and Accountant General's Department's advice, the hospital signed an MoU appointing UniBank “to simultaneously collect revenue in the hospital with Stanbic Bank, with the proviso that any party can terminate the MoU giving 90-DAYS' notice of termination.”

End-to-end Software “As the two banks started the onsite banking services, the leakages persisted. Management decided to search for an End-to-End Hospital Revenue Collection Software to integrate and network its operations,” KBTH pointed out, adding that when the two banks were asked to submit proposals for the End-to-End Hospital Revenue Collection Software in 2015, it was only Stanbic Bank that successfully presented “an efficient software while UniBank failed to turn up during the two presentation sessions.”

“Management thus awarded a contract to Stanbic Bank to pilot the new software in the entire hospital which is valued at $240,000. The software, if implemented, will simultaneously reduce revenue leakages and increase our revenue base while improving the hospital's operations in several other areas, both operational and clinical care.”

According to the statement, “The Stanbic Bank-approved End-to-End Hospital Revenue Collection Software was obviously not compatible with the UniBank's software. Management therefore decided to discontinue the MoU with UniBank in order to enable Stanbic Bank deploy the new software throughout the entire hospital – covering areas where Stanbic and uniBank were collecting revenue.”

He gave details of how the whole issue came about and said it began when the management of the hospital decided to abrogate a revenue collection contract it had with Unibank, saying, “The contract had to be abrogated because Stanbic Bank was also doing the same job for the hospital and Korle-Bu was uncomfortable having two banks performing the same job.”

He said the matter came to the Office of the Chief of Staff and Mr Asenso Boakye in particular, was convinced that the decision to select Stanbic ahead of uniBank was not transparent and later the two appointees concluded that the decision taken by the Korle-Bu management was irregular and unsustainable, particularly in the absence of a Board.

Mr Abu Jinapor confirmed on Peace FM last Friday that they investigated the matter and got the current Minister of Health, Kwaku Agyeman Manu, to look into the matter; and according to Kweku Baako Jnr, the move appeared to have incensed A-Plus, who he said is operating more or less as a special aide to the Korle-Bu Acting CEO.

Mr Baako Jnr brought a copy of a report A-Plus submitted to the police Criminal Investigation Department (CID) in which he (A-Plus) had stated that he did not at any point accuse the two deputy chiefs of staff of collecting bribes but said he (A-Plus) had accused the two of using their positions to favour uniBank at the expense of the public.