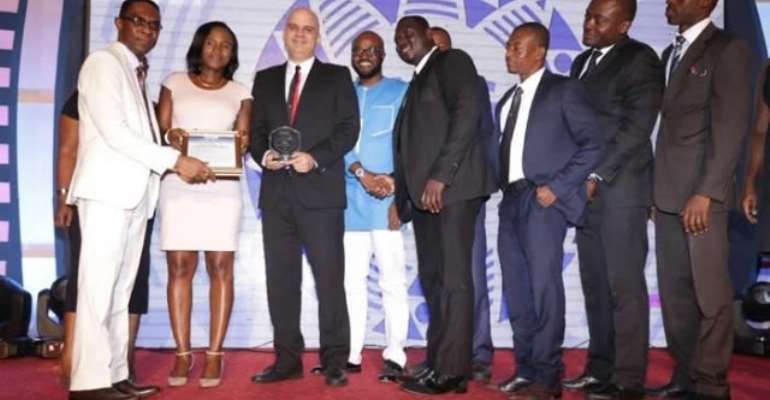 The company was adjudged CIMG ‘Motor Firm of the Year’ 2016 for its strategic marketing that helped it to achieve the biggest market share in Ghana’s automobile industry, a feat it has won consecutively for 3 years since 2014.

The Nissan National Sales award was bestowed by NISSAN’s top Directors and Management to recognize outstanding sales, after-sales and customer satisfaction that Japan Motors had worked on in 2016

He thanked the company’s partners and clients for keeping faith with its products services and assured the company will strive hard to expand its frontiers to exploit more avenues in the country and the sub-region.

A citation accompanying the CIMG award read that the company achieved its target by providing superior customer experience being market-oriented, being a company that was worthy, respected and socially responsible, having a presence in the major cities of the country, as well as building a culture of excellence.

“Your evaluators marked you by these goals and realized you were on track, thus this crowning moment. Today, you boast of 19 percent penetration of the auto market”, it stated.

The citation also commended the company for being the first automobile company in Ghana in the last decade to organize activations during the UEFA Champions league; an initiative which it said raised the company’s customer satisfaction index.

“You cannot be acknowledged without a mention of your philanthropic initiatives that have had a spillover effects on sectors such as health, sports and education. For the third time running, Japan Motors Trading Company has been duly recognized by our evaluators, who appropriately confer on you the CIMG Motor Firm of the year 2016,”it said.

Receiving the award on behalf of the company, the Assistant Managing Director, Mr. Hazem Chalabi noted that as a giant automobile dealer in the country receiving such honours will spur the company to greater height to have an impact on Ghana’s automobile industry.

Also present was, the Marketing Manager, Mrs. Hilda Peasah who in an interview with the media observed the team work and dedicated staff provided a strong marketing force which topped the sector. She thanked the organizers for acknowledging hard work in the industry.