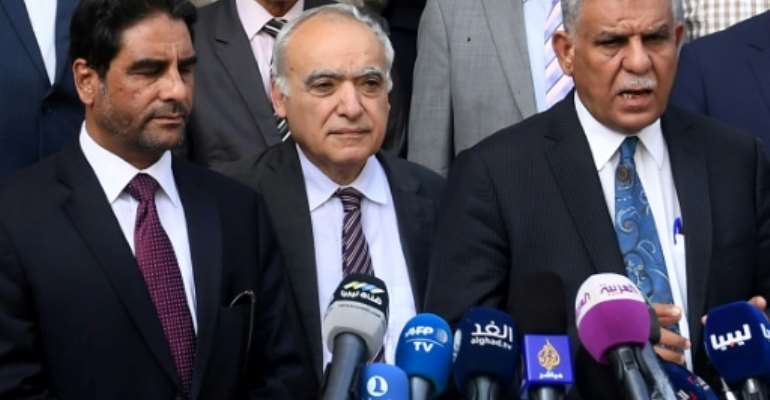 Tunis (AFP) - Representatives of Libya's rival authorities have made progress on amending a deal on a political transition for the North African country, the special UN envoy said on Sunday.

UN envoy Ghassan Salame opened new talks in Tunisia between the rival Libyan administrations on Tuesday, less than a week after presenting a plan to end the chaos in the conflict-wracked country.

Years of political turmoil since the 2011 overthrow of long-time dictator Moamer Kadhafi have left Libya divided between rival governments and beset by violence as militia forces battle for power.

A UN-backed agreement was reached in 2015 as the basis for a political process in Libya, and a unity government was formed with Fayez al-Sarraj as prime minister.

The Government of National Accord (GNA) took office in Tripoli in March 2016, and since then has extended its influence beyond the capital.

But it has struggled to impose its authority elsewhere, particularly in the far east where military strongman Khalifa Haftar controls much of the territory and supports a rival parliament.

"After a week of joint work, we have reached consensus on a number of important issues that need to be amended so that this agreement corresponds to developments in the situation in Libya," Salame said on Sunday of the 2015 deal.

He told reporters in Gammarth, on the outskirts of the Tunisian capital, that the two sides would meet again in a week to continue examining "points that are still outstanding".

Mussa Fraj, a representative of the Tripoli-based administration, called the atmosphere at the discussions "positive".

Abdessalem Nssya, representing the parliament in the east, said the talks resulted in "very important compromises to reform the executive power", without providing specifics.

Salame, who was appointed UN envoy in July, presented his roadmap to the United Nations on September 20, outlining his hopes to give Libyans a future.

Under his plan, a new constitution must be put before a referendum, paving the way for elections.