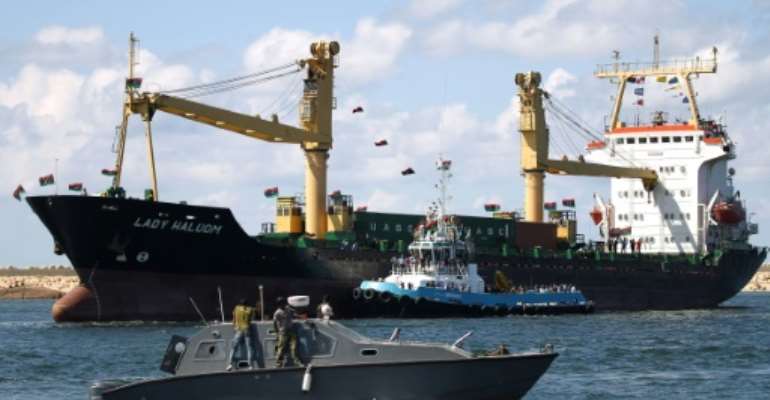 Benghazi (Libya) (AFP) - Benghazi port in east Libya reopened Sunday for the first time in three years after being forced to cease operations because of clashes in the cradle of the 2011 revolution.

Commercial operations at the port had ended in 2014 when armed movements, including the Islamic State group, occupied the North African country's second city.

They were expelled in July this year by the forces of military strongman Khalifa Haftar who backs a rival administration in the east to the UN-recognised government in Tripoli.

It was the eastern-based government of Abdullah al-Thani that inaugurated the port's reopening, and he arrived on board a cargo vessel accompanied by members of his cabinet. 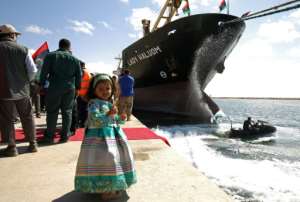 A girl poses for a photo at Benghazi port as the "Lady Haluom" docks on October 1, 2017

"We thank God that justice has been victorious over injustice," Thani told AFP, referring to the ouster of the Islamist militias and "all those who claim that Benghazi is not secure".

"The docking of this cargo ship carrying medicines and food supplies... is a major challenge to the obscurantists who used it to bring weapons to the terrorists."

"Benghazi is a peaceful city, not a haven for terrorists from around the world as some people claim," Thani added.

In a bid to boost business at the facility, port officials announced a temporary customs exemption for all imports through Benghazi.

Thani's "provisional government" has not been recognised internationally since the government of national unity (GNA) was formed under a UN-sponsored agreement signed in 2015.

After long-time dictator Moamer Kadhafi was ousted and killed in the 2011 revolution, the country descended into both political and military chaos.