Court Throws Out AG's Stay Of Execution Against Indian Businessman 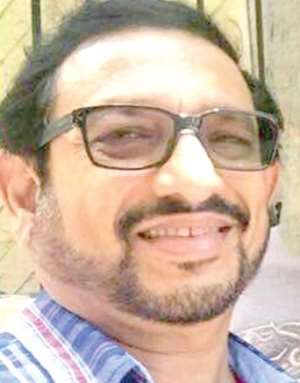 Accra, Sept. 29, GNA - An application for the Stay of Execution filed by the Ghana Immigration Service in respect of an order to restore the work and residence permit of Mr Ashok Kumar Sivaram, an Indian businessman, has been thrown out by a High Court, in Accra.

Dismissing the application, the Court, presided over by Mrs Justice Naa Adoley Azu, held that Mr Sivran should be given a residence and work permit to enable him to defend his cases before the courts.

The Court explained that if the application was granted in favour of the Ghana Immigration Service and the Ministry of the Interior, it meant that he would be renewing his permits every three months.

Mr Sivaram would resort to a cycle, which would be repeating itself until his substantive issues were heard.

According to the Court, Mr Sivaram would also be at the mercy of the GIS whilst battling his case at the Court.

The Court also discounted the Attorney General's claims that if the application for stay of execution was granted the writ of Mandamus would constitute immunity for Mr Sivaran and other prospective persons.

It also held that the Court of Appeal had the power to order the High Court to reverse the order of Mandamus.

The Court discounted claims of the State that if the application was dismissed it would serve as a precedent, explaining that a precedent that the Court would hear the matter on its merits and also see the Judiciary as independent should be embraced by all.

According to the Court, no evidence was provided before it supporting the preposition that if the application was granted it would affect the security of the State.

'The order of Mandamus was issued on business concerns and those concerns exist and are subject matter before the court. It is clear that Mr Sivaram would suffer undue hardship but the applicants would not suffer any negative effects if the application was granted.'

Moving the application for the Stay of Execution, Ms Jasmine Armah, a Senior State Attorney, held that if the order of the Court was not stayed it would be a precedent for others to resort to the Court for the grant of visa for residence and work permit, an act which constituted a breach of an Act of Parliament.

Ms Armah explained that if the application was not granted it would amount to the interference of the work of the GIS as provided under the law.

In her view, Mr Sivaram had been untruthful and inconsistent with information relating to his family and his marital status.

Mr Gary Nimako Marfo, counsel for Mr Sivaram, intimated to the Court that if the application was granted it would mean that his client would be in the country illegally and conduct business illegally.

According to counsel for Mr Sivaram, even if the appeal filed by the State began at the Court of Appeal, his client ought to be in the country to defend his interest in the two matters before the Court.

Mr Nimako Marfo earlier on withdrew his affidavit in opposition to the application for stay.

This was because the State asked for an adjournment to enable them to contact the GIS and Ministry of the Interior contained in the affidavit in opposition.

On September 18, this year a High Court in Accra ordered GIS to restore the Residence and Work Permit of Mr. Ashok Kumar Sivaran, the Indian businessman within seven days.

Granting an order of Mandamus filed by Mr Sivaran against the Service, the Court also ordered the GIS's assigns, agents and servants to desist from harassing him until his application before the Service was duly processed.

On June 1, this year, the GIS following an order by the Interior Ministry, deported Mr Sivaram on the premise that he had forged his marriage certificate in an application for citizenship.

The Indian businessman, therefore, contested his deportation by filing a judicial review through an order of Certiorari.

Mr Justice Kweku Ackah-Boafo upheld the businessman's application and quashed his deportation order on July 31, this year, on the grounds that the Interior Ministry exceeded its jurisdiction.