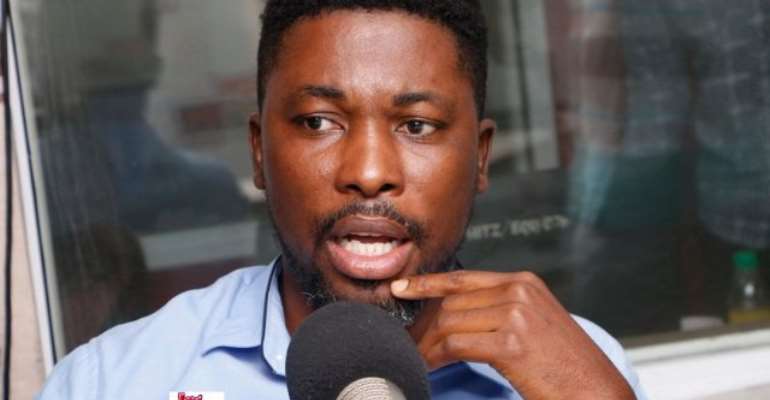 A-Plus had accused the two Deputy Chiefs of Staff of putting pressure on the CEO of Korle-Bu Teaching Hospital, Dr Felix Anyah, to give back a revenue-collection contract to UniBank after the same contract had been given to a wholly-foreign-owned bank.

Jinapor however in an interview on Peace FM, denied the allegation.

In his latest video on Facebook, A-Plus said having listened to Mr Jinapor’s explanations, he believed the two young presidential staffers were misled by uniBank.

“In fact, as human beings – today is Sunday, now my wife has been pulling me to church; today I’m going to church – I think that when you do something and you don’t do it the right way, if you want people to listen to you, it is very very important that you also come and say: ‘OK, I’ve noticed this, and, therefore, I think that my approach was wrong’. I said this on Joy FM and immediately Blakk Rasta came and said: ‘Eh A-Plus, you say people shouldn’t apologise.’ I never said that....

I don’t expect everybody to like me…now that I have come to understand that Abu does not even understand the issue, I will go ahead like I’ve said already and say I apologise for how I put this whole thing out; yes, because listen to him [Abu]: he does not even understand the issue. People have lied to him. Look at what he said, if he was being honest on radio, I have the impression that he was being honest, and that is all that they told him, then they have deceived him...the issue is that every Ghanaian watching me today ask yourself how can we have a government institution that can't tell how much money it makes? today I am not fighting with anybody...

I think the fight should be over...all of us are looking for the best...after listening to Abu, I’m very convinced that he did not know that there is no system in place or mechanism in place to check or undependably tell what the leakages are and how much money the hospital makes …I will never sit here and say I am very happy with what I did. My presentation was very wrong…now it’s time; we can’t sit down. This issue must be solved”

This is the second time the musician is apologising to the two, having already rendered same during an interview on the Super Morning Show on Joy FM few weeks ago.

Covid-19: 5G Network Is Not The Cause – NCA To Ghanaians
47 minutes ago