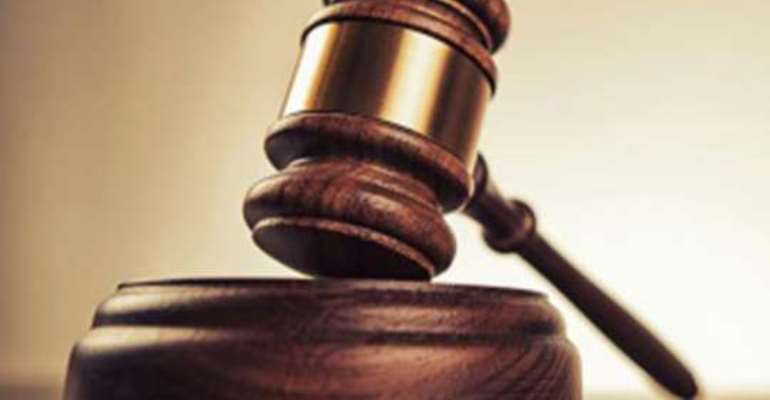 Accra, Sept. 28, GNA - Kwadwo Otu, an unemployed who was caught with four wrappers of Indian hemp, sent audience laughing when he appeared before an Accra Circuit Court on Thursday.

Otu, who came to court bear footed, began pleading as soon as his case was called.

Otu, charged with use of narcotic drug without lawful authority, pleaded guilty. He kept pleading with the audience in the court to beg on his behalf because he has breached the law.

As his charges were read to him, Otu kept repeating 'Awurade Kasa, Awurade Kasa' literally meaning 'God should speak or intervene'.

Otu then turned to the case investigator saying: 'I told you not to bring me to court because I have breached the law but you did not mind me. Please I will not do that again'.

Not satisfied with events unfolding in court, Otu turned to one of the court clerks saying: 'if you like please send me to your house and monitor me to see if I will do that again'.

The court, presided over by Ms Eva Bannerman-Williams, remanded him into police custody and deferred his sentence to October 26.

On September 26, this year, prosecution said the complainants were detailed on a snap check on the Adenta-Dodowa Highway.

Chief Inspector Adu said at about 12:00 hours, General Lance Corporal Robert Mensah, who was part of the officers on duty, intercepted a taxi cab, which the accused was on board.

During a search, four wrappers were found on Otu and, in his caution statement, admitted ownership and stated that he bought them from someone at Madina Zongo Junction.