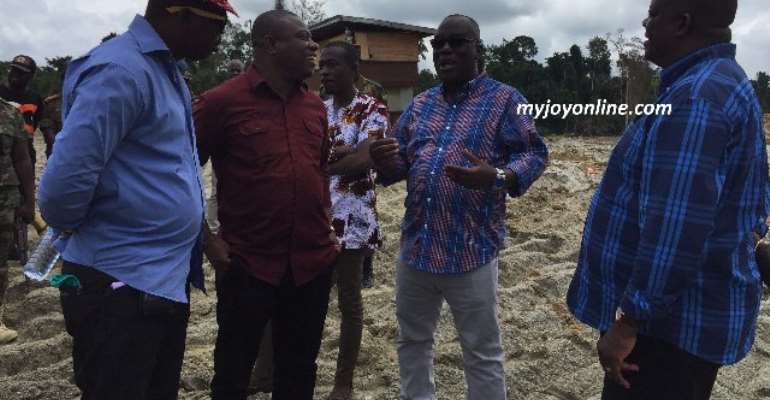 The firm has attracted public criticisms following the lynching of a military officer who led a detachment to protect the concession in Amenfi East District.

Major Maxwell Adam Mahama was beaten to death in broad day light by residents of Denkyira Obuasi who mistook him for an armed robber last May.

Then District Chief Executive for Upper Denkyira West, Daniel Appianin, who questioned the military presence in the area, was suspended for what was considered a reckless comment.

The Forestry Commission, led by Chief Executive, Kwadwo Owusu Afriyie, undertook an inspection tour of the company’s mining site which is located in the Amenfi East District on Friday.

Officials which included Deputy Chief Executive John Allotey, Corporate Affairs and Media Relations Manager Joyce Ofori Kwafo and other managers discovered C and G Aleska had covered deep mining pits, with over 20 excavators and 6 bulldozers busily at work at time of the visit. 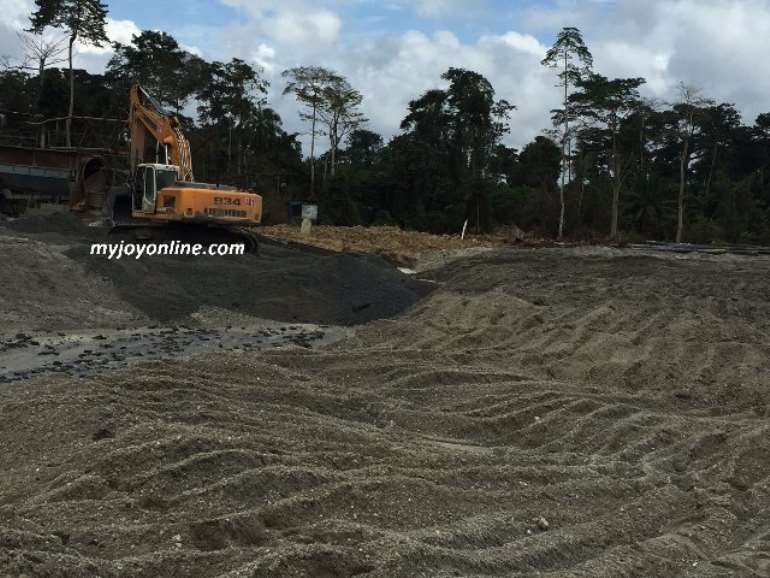 The Ministry of Lands and Natural Resources granted a mining lease to the company on December 23, 2016 to mine in the forest reserve which covers an area of 71 kilometre square, containing about 338 blocks.

An impressed Mr. Owusu Afriyie wants such initiative replicated in other parts of the country.

"I can see that a lot of investments is gone into this[reclamation; monies have been spent even the fuel alone to do this kind of job is massive. And until and unless you have people who are committed to the job, you cannot get this kind of [reclamation] thing.

Having seen this, I will go and inform my minister [to] also let him come and see for himself . We are going to replicate what we see here but I'm satisfied and I am very happy," he said.

Managers of the mining company say a lot of investment has gone into the project as part of the company's mining obligations.

Managing Director, Emmanuel Donald Entsuah told Joy News millions of cedis has been spent on the reclamation program which will continue throughout the firm's mining activities.

"We are humbled by the comments from no mean a person than the CEO but we are looking at it from the angle that we are just being responsible to the commitment as per the terms of engagement.

I will say not less than 6 bulldozers and over 20 excavators at work; not to talk of the manpower and other factors than gone into it. I cannot give you specifics but headcount I will say hundreds of millions in Ghana cedis"

How Slain Mfantseman MP Begged Robbers To Follow Him Home Fo...
1 minute ago