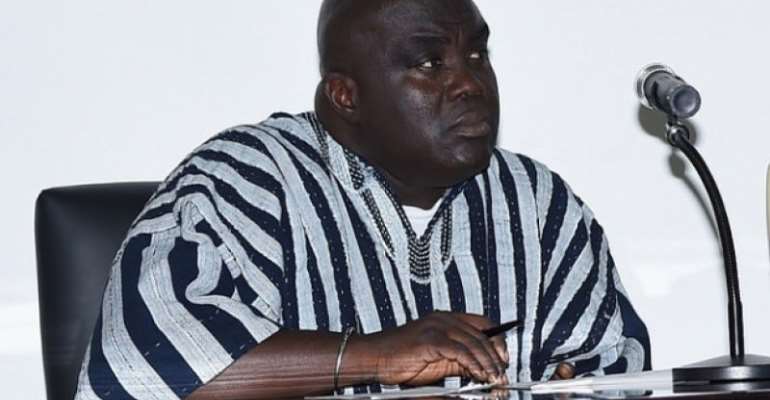 Former Chief of Staff in the John Mahama government Julius Debrah has denied ever having anything to do with visa applications for persons in government during his tenure.

This follows allegations being circulated on social media that he has been banned from entering seven countries for visa racketeering.

Reports on social media have indicated that the former Chief of Staff has been banned from traveling to seven western countries because of his involvement in visa racketeering while he was the Chief of Staff.

But in a leaked WhatsApp chat with his friends the former Chief of Staff has denied the allegations saying “I have never used the office of President to acquire a visa for anybody not a single person because I have never got involved with matters of visa acquisition.”

Read the rest of the leaked text below: “The Chief of Staff does not apply for visas for government delegation when travelling. It's the office of the Director of State Protocol that has that responsibility. And throughout my tenure of office as Chief of Staff, I personally never applied for visa for anybody. And never do I recall ever sending or facilitating the travelling of party supporters with the motive as soujourners.

I have never used the office of President to acquire a visa for anybody; not a single person because I never got involved with matters of visas acquisition.

Even known drug dealers are not banned from 7 countries, let alone a former Chief of Staff to the President?

However, as has always been my approach I usually leave matters of such nature to my maker. He has a better way of handling them. Never for get that anytime the devil attacks you he knows that you are a potential goal scorer. I was born a winner and no man can change my destiny.

Thank you very much for your love and God bless you.

And also don't forget that a few months ago I was alleged to have received over 40.5 million cedis from BOST into my private account at Fidelity Bank, purchased bullet proof vehicles for President Nana Addo, withdrew the 10% deductions from the salaries of former ministers for private purposes, the list can go on and on and on.”

‘Flouters Of Ban On Public Gatherings Will Be Dealt With’ – ...
49 minutes ago