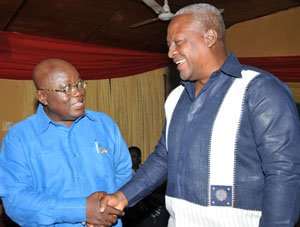 Tema, Sept 27, GNA - The Ghana Chamber of Shipping has commended 'the patriotic zeal" that characterized the efforts of the previous and current administrations in pursuing the maritime border litigation between Ghana and Ivory Coast matter despite the inherent risks.

"We also commend the Legal and technical team composed by Ghana, both foreign and local, for the demonstration of commitment and the exhibition of dexterity in the handling of the case."

A statement signed and delivered by Mr Ben Owusu Mensah, Chairman of the Chamber to the Ghana News Agency, called on government to manage any post-judgement sensitivities so as to keep intact the bonds of fraternity and cooperation that have for a very long time been a cherished and preserved hallmark in the relationship between the two countries.

According to the statement, 'In view of the time already lost, The Chamber entreats Tullow Oil and its partners to work expeditiously and assiduously towards meeting its targets.

It is the hope of The Chamber that this landmark decision would not cement further the strong bonds of friendship and partnership between the two countries but also be a fillip towards the social and economic development of the two countries for the benefit of their teeming populations.'

'The Chamber further notes that in accordance with the provisions of the United Nations Convention on the Law of the Sea (UNCLOS), there is no appeal to the decision delivered by the Special Chamber.

It is the hope of The Chamber that in view of the clarity that attended to the jurisprudential issues so adeptly dealt with by the International Tribunal of the Law of the Sea, no occasion would arise to necessitate a call for clarity by either party even though such a vent is provided by UNCLOS,' the statement said.

The Chamber said,' Without doubt, the decision of the tribunal went in favour of Ghana. CÃ´te d'Ivoire however was not left bereft of its claims and certainly made gains in respect of the decision, thus leading to the attainment of the end of maritime boundary delimitation - an equitable result.