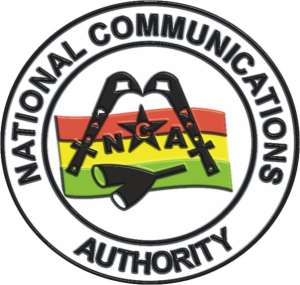 The Minority in Parliament has stated that, sanctions imposed by the National Communications Authority (NCA), on 131 radio stations amounts to an attempt to monetize freedom of expression.

The stations, including Accra-based Radio Gold, Atlantis Radio and Radio XYZ, were either fined or had their licenses revoked by the National Communications Authority (NCA) following the completion of a nationwide FM Spectrum Audit.

The Minority believes the huge fines imposed on the stations were unreasonable and all but ensured the collapse of these media organisations who “ought to be acknowledged for their invaluable contributions to the growth of our democracy.”

A statement by the Minority, signed by the Ranking Member on the Communications Committee, A.B.A Fuseini, called on the NCA to suspend the action and resort to dialogue with the affected stations.

“We urge the NCA to as a matter of urgency suspend the on-going exercise and use dialogue and more flexible means to ensure compliance with relevant regulations,” the statement said.

“This, we believe, will avert a situation where monetary value is placed on the right to free expression with its attendant difficulties.”

According to the Minority, the use of past breaches of regulations as the basis for the sanctions imposed on the stations, was unfortunate and “poses a mortal danger to the expansion of the frontiers of free expression.”

“Regulatory enforcement ought to be undertaken in a reasonable manner that factors in the fragilities inherent in the operations of many radio stations,” the statement from the Minority added.

‘5,000 jobs at risk’
The Minority also lamented that the sanctions could deprive up to 5, 000 people of their jobs.

They described the development as troubling, and one that could have “grave implications for press freedom and media pluralism.”

“The NCA does not also appear to have considered the deleterious impact this will have on jobs in the sector. We estimate that close to 5,000 people working in the affected stations will be rendered jobless should the current action persist.”