'I pledge to work with every elected executive' - Kofi Yeboah 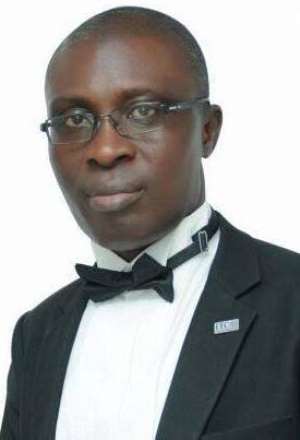 Accra, Sept. 27, GNA - Mr Edmund Kofi Yeboah, an aspirant for the General Secretary position of the Ghana Journalists Association (GJA), has pledged willingness to work with anyone elected alongside him into office.

'I have always been a team player,' he declared, in a statement to the Ghana News Agency.

'So I have no difficulty whatsoever working with any of them, and I will do my utmost best to support a team effort to lift the GJA to a higher level.'

More than 600 Members of the GJA will go to the polls on Friday, September 29, to elect executives nationwide to steer the affairs of the Association for the next three-years.

However, if the members should decide otherwise, he would readily accept their choice.

'I make this pledge after sober reflections on, and thorough appreciation of, the fact that the outcome of Friday's election will not be the end of the world to me,' he said.

'Indeed, it should not be the end of the world to anybody. Rather, it should be the beginning of healing wounds, forging unity and building consensus within the inky fraternity.'

He, therefore, encouraged all the other candidates to be similarly committed, and urged all members of the GJA, who were in good standing, to cast their ballot on Friday, to make their voices count.

He said although the date for the elections were postponed following months of controversy; 'I respectfully urge members to vote in the best interest of the GJA'.

Mr Yeboah urged members to elect him as their General Secretary because he was respectful, respectable, humble, hard-working, a visionary leader and an achiever.

He said we wanted to serve them with the other executives they would choose, to leave a positive legacy for the good and progress of the Association.

'The GJA is bigger than any individual member, and it is important that of us all endeavour to uphold the utmost interest of the Association at all times.