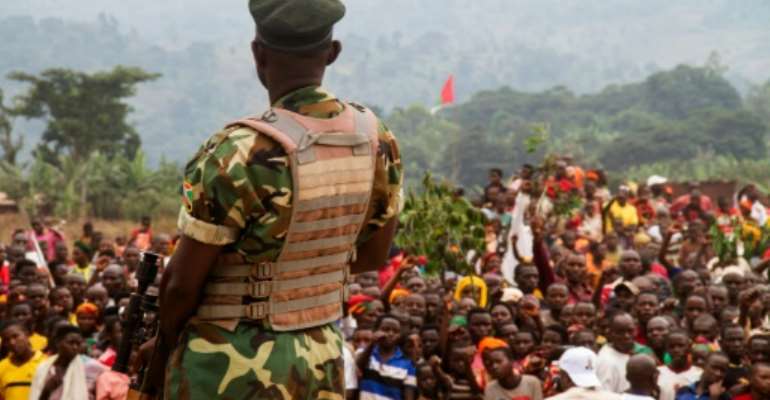 A UN-backed probe has collected evidence of egregious crimes orchestrated by Burundi's government and security forces. By Landry NSHIMIYE (AFP/File)

Geneva (AFP) - The UN Human Rights Council voted Friday to extend the mission of an international probe into atrocities in Burundi, overriding strong pushback from the government accused of crimes against humanity.

The adoption of the European Union resolution to prolong the mandate by a year came a day after the council's African bloc approved a separate measure to send a team of experts to Burundi that would report their findings to the government.

They blasted it as an underhanded attempt to suppress the impact of the UN-backed probe, which has collected evidence of egregious crimes orchestrated by Burundi's government and security forces.

The EU proposal, which was backed by the United States, passed Friday with 22 votes in favour, 11 against with 14 abstentions.

The African group was split on the EU measure: South Africa and Ghana voted against, while Kenya, Nigeria and Ivory Coast abstained.

With both Burundi resolutions having been approved by the council, the crisis-riddled country is now in the rare circumstance of being subject to two investigations.

In accordance with the African-backed plan, three experts will be "urgently" dispatched to Burundi to study the situation and then "forward" their findings to the judicial authorities, who will assess their validity. 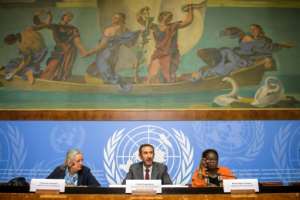 (From L) Members of the UN Commission of Inquiry on Burundi, Francoise Hampson, Commission President Fatsah Ouguergouz and Reine Alapini-Gansou attend a press conference on the commission's report in Geneva on September 4, 2017

The EU resolution extends the work of the independent Commission of Inquiry, which earlier this month accused the government of crimes against humanity, including executions and torture.

"The Commission can now continue its crucial work to end the abuses and hold perpetrators accountable," the Geneva director for Human Rights Watch, John Fisher, said in a statement.

Burundi plunged into crisis in 2015 after the country's President Pierre Nkurunziza sought a fiercely contested third term in office.

The violence claimed between 500 and 2,000 lives, according to differing tolls from the UN and civil society groups, while more than 400,000 Burundians have fled abroad.