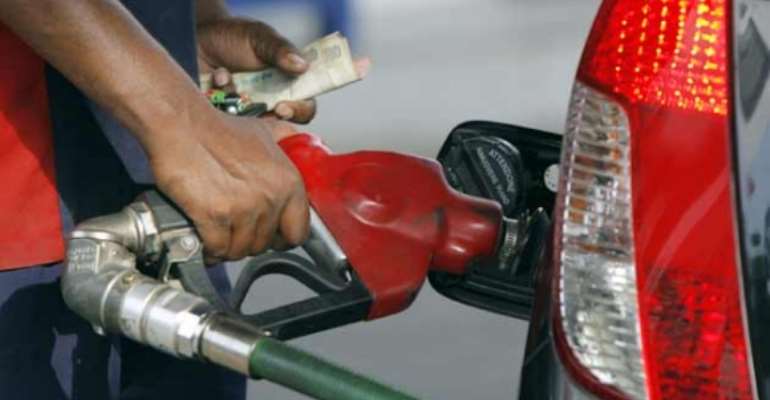 Local Fuel Market
At Ghs 19.85 per gallon, Gasoline price touched it highest level on the local fuel market, as Oil Marketers increased prices over weakness in the local currency against the Dollar, and rise in fuel prices on the international market. Gasoline and Gasoil moved higher over the 14 days, rising 6.57% and 3.45% respectively. Frimps Oil, Compass Oleum, Zen Petroleum, Lucky Oil and Puma Energy are the Oil Marketing Companies(OMCs) selling the cheapest Gasoline and Gasoil in price terms.

World Oil Market Prices
The benchmark crude surged 6.8% to settle at $56.92 per barrel, best average closing price for oil producers in recent years, a signal that OPEC has now achieved its goal of flipping Brent crude’s market structure into ‘backwardation’. The rise in price of up to $59.02 per barrel was fueled by improving demand and expectation that producers will extend a deal to limit output. Standard and Poor’s Global Platts benchmark for the period under review, Gasoline price deceased from $626.68 per metric tonne to $589.02 per metric tonne, while Gasoil went up from a previous average of $418.25 per metric tonne to $437.27 per metric tonne.

Local Forex and Fuel Stock
Figures put together by our Economic Desk from the banking industry suggest the Cedi was stable for the period under review, maintaining the previous exchange rate of Ghs 4.48 to a Dollar. From September 12 to 27, 2017, the quantity of Gasoline and Gasoil imported into the country was approximately 78,500 metric tonnes and 57,000 metric tonnes respectively to augment the country’s fuel stock. This imported quantity is capable of meeting 13 days of national demand.

PROJECTIONS FOR OCTOBER 2017 FIRST PRICING-WINDOW
Although crude oil price rose by 6.8% over the last 14 days, the Institute for Energy Security (IES) projects fuel prices to remain largely unchanged. This is due to the stability of the local currency against the US Dollar, and the 6% drop in Gasoline price, coupled with the rise in Gasoil price on the world market. This projected price stability is expected to bring relief to petroleum consumers.