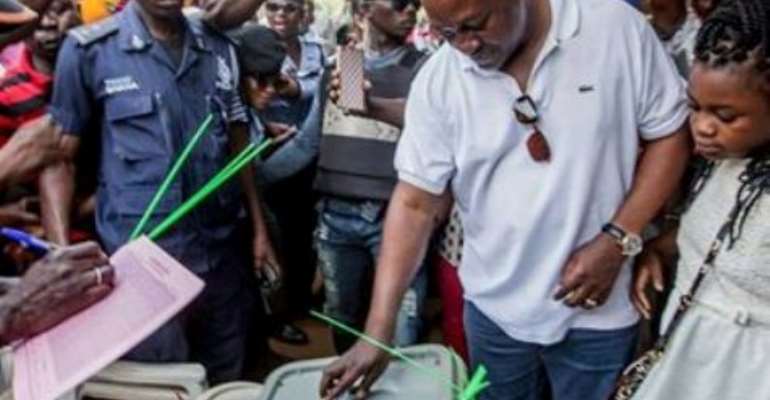 It seems former President John Mahama is eligible to vote in the ongoing election organized by Ghana Journalist Association (GJA).

His name is captured in a list of GJA members in good standing which was released by the Association on Thursday.

John Mahama is a known communicator but has not been actively involved in journalism for a while.

It is therefore unclear why his name is on the list because he entered active politics over a decade ago.

Prior to ascending to the high office of President, John Mahama wrote several articles which were published in some newspapers both locally and internationally.

Some of the media houses that published his epistles include Daily Graphic, Huffington Post, New York Times among others.

He has also published some books including “My First Coup d’État.”

656 media personnel to vote
The GJA election was supposed to be held in March, 2017, but was postponed because of some unresolved disputes.

At the time, Lloyd Evans, who is also contesting for the presidential slot, was appealing his disqualification, and some journalists were also challenging the authority of the current president, Affail Monney and his executives to organize the election.

Lloyd Evans said at the time that he would resist the decision to disqualify him and has since been reinstated.

In all a total of 656 media personnel are expected to cast their votes nationwide to elect leaders to to man the affairs of the Association.

There are three aspirants vying for the GJA presidential slot. But many believe the race is between the incumbent—Roland Affail Monney and Lloyd Evans.