By Center For Progressive Governance (CenProG) 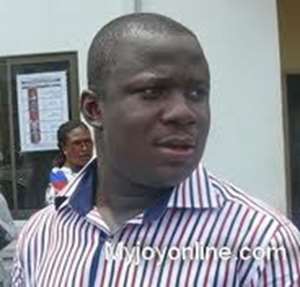 The Center for Progressive Governance (CenProG), like many Ghanaians, has been dealt a huge confidence blow in the ability of the Akuffo Addo led Government to fight corruption and therefore calls on the Commission for Human Rights and Administrative Justice (CHRAJ) to step in and ensure that the fight against corruption is not lost.

CenProG's call is premised on the facts emanating from the audio recording of the conversation between Kwame Asare Obeng alias Kwame A Plus and the ACP Yaa Tiwaa Addo-Danquah, Deputy Criminal Investigation Department (CID) Boss in the matter of the former's allegation of corruption against the two deputy chiefs of staff namely Asenso Boakye and Abu Jinapor.

The said tape points in the direction of a cover up and so right thinking Ghanaians cannot continue to rely on the CID's conclusion on the matter.

The Deputy CID Boss is captured on tape admitting to the existence of corrupt acts involving the two deputy chiefs of staff but also admonishes Kwame A Plus to aid a cover up because in her own words 'they are his own people'. This clearly implicates the CID Boss and the honourable thing to do in this instance is to respectfully tender in her resignation to save the image of the CID.

CenProG believes that this sickening revelation has undoubtedly cast doubts on the neutrality and/or ability of the CID to deliver a fair report on this matter in issue. We therefore call on the CHRAJ to as a matter of urgency initiate steps to cause an investigation into the matter as regards the two deputy chiefs of staff and also the complicity of the deputy CID boss in the cover up that exonerated them.

It is worth pointing out that the NPP Government has been rocked with a series of corruption scandals and notably amongst them are the BOST and Deputy Chiefs of Staff scandals and in both instances, the CID hurriedly came out to clear them amidst some doubts. However, the present situation has given credence to whatever doubts the public hold against the CID's reports. CHRAJ must therefore step in to save the situation.

CenProG will like to by this call also serve notice that we shall officially be petitioning CHRAJ to investigate the allegations of corruption by Asenso Boakye and Abu Jinapor and also the complicity of ACP Addo-Danquah in covering up the corruption by the two deputy chiefs of staff.

God Bless our homeland Ghana and make it GREAT and STRONG.