'No Streetlights At Tema Motorway Till Expansion Is Complete' 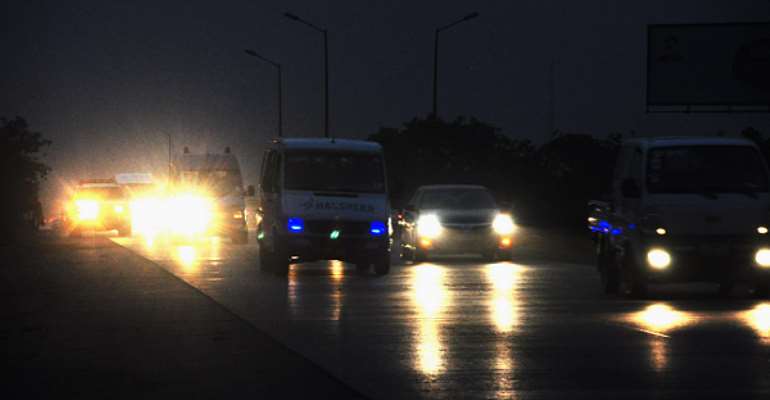 Ghanaians commuters who risk their lives on the Tema motorway because of the absence of streetlights may have to do so for some 15 more months.

The Roads and Highways Minister, Kwesi Amoako-Atta, has said erecting new streetlights will be a waste of resources because they would eventually be torn down for the expansion of the Tema Motorway.

The lack of streetlights is noted as one of the hazards on the Tema Motorway, which has not seen major repair works in the last decade despite the huge sums of money the road generates in the form of tolls.

Mr. Amoako-Atta admitted the need for infrastructure benefits especially since people were paying tolls to use the motorway but ”the project being undertaken on the Tema motorway will not, for now, call for the erection of street lights.”

“I am saying so because by the end of the year, should everything go on as planned, I know that things will work out and latest by the first week or the first quarter of 2018, the motorway project will take off and everything will end by the close of the year.”

A three-tier interchange at Tetteh Quarshie is expected to accompany the construction of the six-lane motorway and the Minister said this new construction work “comes with modern street lighting.”

“…So why should we spend scarce resources of Ghanaians just for two or three months to put up street lights only to pull them down because the total contract comes together with the lighting aspect. It is part of the component. The median that holds the street lights is going to be disturbed because of the construction, and that is why we are not tackling the lighting aspect.”

“By the time we finish the project, it will be a beautiful sight and the street lighting will be on from one end to the other.”

In October 2013, the government announced the expansion of the Accra-Tema motorway into six lanes with an interchange at the Tema roundabout to ease traffic.

The project is expected to cost US$100 million with funding from a credit facility from the Brazilian government, and the government of Ghana, and would take two years to be completed.