Basic & Pre-Tertiary Education as Vehicles for the Eradication of Bribery in Ghana. 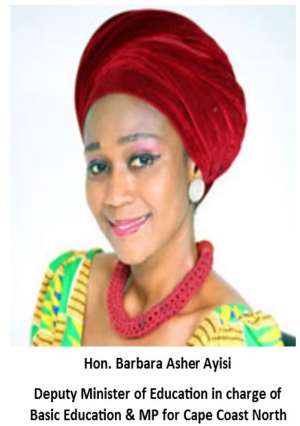 That corruption is a social, political, moral and economic menace in Ghana is a truism.. In all walks of Ghanaian life, one is confronted with having to pay bribes to civil and public servants for almost every service. Corruption in general is estimated to cost Ghana circa 3 billion dollars a year. According to IMANI (2015). This figure, if true, represents around 7% of Ghana’s GDP; and in a country with GDP per capita of circa $1500, it is easy to see how such gross misappropriation of vital financial resources cannot be allowed to endure. The German Ambassador to Ghana, Christoph Retzlaff, has recently expressed the view that ‘Ghana has all the ingredients to succeed and become a rich country if corruption is nipped in the bud or reduced to the barest minimum’ (see Corruption Ghana’s Challenge- German Ambassador, Ghanaweb 15.09.17). But an important poser is: how is this problem to be tackled? In the following paragraphs we aim to put across one way by which this canker can be progressively minimised, if not eradicated from the fabric of Ghana’s socio-political and economic life.

Amongst the commonest forms of corruption in Ghana is the request, giving and receipt of bribes and it is this form of corruption that is to be the focus of our attention in this article. While it is true that corruption in general and bribery in particular exist in all societies, certain factors peculiar to Ghanaian society make this vice all the more difficult to identify and manage. Among the most important of these factors- the giving and receiving of gifts- a bona fide tenet of Ghanaian culture- shares an uncanny similarity with the vicious phenomenon of bribery. As such it is nearly impossible to draw any visible distinction between what is a gift or ‘dash’ (Price, 1975); and what is an out-and-out bribe. For example, how is one to define a request by a police officer who stops your car at midday in the sweltering heat of Accra for a few coins to buy iced water? Is this officer taking a bribe from you or is she just spontaneously rehearsing the cultural tenet of giving and taking- a largely admirable Ghanaian cultural value? Contrast this with a British police officer making the same request to a driver on the streets of London. Straightaway alarm bells go off as such a request is largely alien to the British way of life. Gift-giving or charitable giving as a whole (and we speak of tendencies here, not essences) in Britain largely happens within formal settings such as giving to established charities. Simply put, the British, generally, do not go round randomly giving, asking for and receiving gifts even from their kin as much as Ghanaian do. This is, of course, not to say that the British are less corrupt than Ghanaians. It is, however, to claim that the attitude of randomly asking for and giving gifts is generally more characteristic of Ghanaian culture than it is of most Western countries (anyone who has visited Britain or any Western country can attest to this). Now this difference may be attributable to the disparity between the economies of these two countries but we think it is not too far-fetched to assert that African culture- giving its heavy reliance on community, reciprocity, empathy, brotherhood and reconciliation- accommodates the idea of being your brother’s keeper more than its Western counterparts. As a result the issues of gift-giving and receiving (o.k. a. the dash) and bribery have become enmeshed in an intricate web that can hardly be uncoupled. Public and civil servants slide seamlessly back and forth across the blurred and shifting line that divide these two phenomena; with law enforcement left scratching their heads unable to decide where the dash ended and bribery began or vice versa.

Often what may be thought of as a bribe may, to all intents and purposes, only be a bona fide gift or dash that is the product of a culture that prizes giving and receiving. Other times, what appears to be a dash may, in fact, be a bribe bereft of any cultural tendencies aimed squarely at influencing the outcome of a transaction. Accordingly translating the word ‘dash’ or gift-giving’ in the Ghanaian context as a ‘bribe’ quite often presents an “inaccurate (if also simplistic) image of what is involved, for the word bribe does not encompass aspects of what is involved in dash and it does include moral connotations that are not necessarily accurate” (Price, 1975 p.118, parenthesis mine). In throwing light on gift-giving or the dash, Price (1975) goes further to explain that it performs two important functions. These, according to him, are that it is firstly “an institutionalized mechanism for establishing a personal tie between client and bureaucrat in a situation in which the two are “strangers”’ (p.118). This according to him is important in a society such as Ghana where ‘personal relations are the dominant basis for social expectations in social interaction. Therefore “the dash provides social cement for institutions whose scope extends far beyond the realistic reach of any single gemeinschaft community” (p.118). In the second instance, he regards the dash as a patently “symbolic act that verifies and gives testament to the unequal status of the two interacting individuals. The act of dashing an official makes a statement about the superiority of the civil [or public] servant in relation to the client: it is a concrete form of deference” (p.118).

What Price (1975) fails to also identify- and we seek to bring to the fore- is the third and possibly most important function played by the dash in societies such as Ghana- the fact that it gives expression to a bona fide aspect of the afro-communitarian culture that is reputed to be the dominant culture in many African societies including Ghana (Gyekye, 1997; Wiredu, 1980; Menkiti, 1984). Afro-communitarian culture sets great store by the acts of showing sympathy, solidarity, identity and community; and one very important way of expressing these is through giving and receiving gifts.

Now given this difficulty in differentiating between what is a dash and what is a bribe, how is the issue of bribery in Ghana to be tackled? Are we to banish all forms of gift-giving in all walks of Ghanaian economic and political life? In our guesstimation that would be throwing out the baby with the bath water and may prove impracticable. Indeed, gift-giving is a noble value that is worth maintaining. If so, the task then is to find a means of extricating the art of gift-giving or dashing from bribery while at the same time addressing the moral scourge of the latter. In this regard we put forward the idea that much of the difficulty associated with addressing the issue of bribery has to do with its conflation with the noble Ghanaian norm of gift-giving and receiving. Over the years this conflation has led to a misconstrual of bribery as a quintessential cultural norm in Ghana- a position that is verifiably fallacious! But if we are to grant that the Ghanaian culture of gifting and bribery have cross-fed into each other so much so that they have become inextricable, then we are confronted with a problem which is largely cultural; and a time-tested means by which anything cultural can be changed is through education- especially at the basic and pre-tertiary levels where moral and ethical capital is mostly accumulated and personalities are largely forged.

To this end, we propose basic and pre-tertiary education as the twin vehicles by which the reduction (if not eradication) of bribery and corruption can be achieved. Specifically we propose the introduction of Civic Education as part of the core curriculum in all basic and pre-tertiary schools in Ghana. This curriculum and the subjects therein have to be passed by all primary school pupils before they transition to the Senior High School. In like manner, all SHS students have to achieve a grade of not less than 2 to progress to university. Failure of this core subject at the primary level or the attainment of any grade lower than a 2 in SHS automatically disqualifies the student from progressing any farther in their education. They will have to re-sit and pass in order to progress. The point is to elevate Civic Education to the same level of reverence accorded Maths and English, if also Science. Yes, difficult problems require difficult measures! The aim is to progressively educate up-and-coming generations of Ghanaian civil and public servants about the difference between the Ghanaian cultural value of dashing or gift-giving and the development-inhibiting act of bribery. Without going into the intricacies of the content of this curriculum (for that will be the work of the many technocrats that the NPP government is so blessed with) suffice it to state at this early stage that important aspects of this core curriculum should include areas such as African cultural practises and values; issues of bribery and corruption and their impact on national development; importance of paying taxes; civil rights and responsibilities; citizenship, rule of law etc.

Now while it may be true that various aspects of these proposed curriculum exist within the current syllabus (witness Religious and Moral Education), they are often splintered and so fall short of a coherent subject area that focuses squarely on addressing the issue of bribery and its difference from the Ghanaian cultural value of giving and receiving; nor does it concentrate significantly on achieving measureable changes in attitudes. Additionally, the present curriculum, delivered under the rubric of Religious and Moral Education, focuses almost entirely on religion while also lacking the weighting attached to the core subjects of Maths, English Language and Science. As such, one does not have to pass Religious and Moral Education in order to progress. The proposed curriculum can also be stretched to address the issues of maintaining clean sanitation; effects of pollution including the adverse effects of galamsey among others- all banes in Ghana’s developmental effort. The hope is that by the time these new crop of students reach the tertiary level and further into the world of civil and public service, they would have accumulated the necessary moral capital that allows them to, among other things, differentiate between what is a corruption–inspired bribe and what is merely an expression of a valuable cultural tenet. This, we hope, will complement the NPP government’s laudable and unprecedented efforts at rooting out corruption in all its forms and guises from Ghanaian society through the use of hard power (law enforcement); and represent the use of the soft albeit potent power of basic and pre-tertiary education in achieving social and economic transformation.