The Genocidal Air Dangling In ala-Igbo 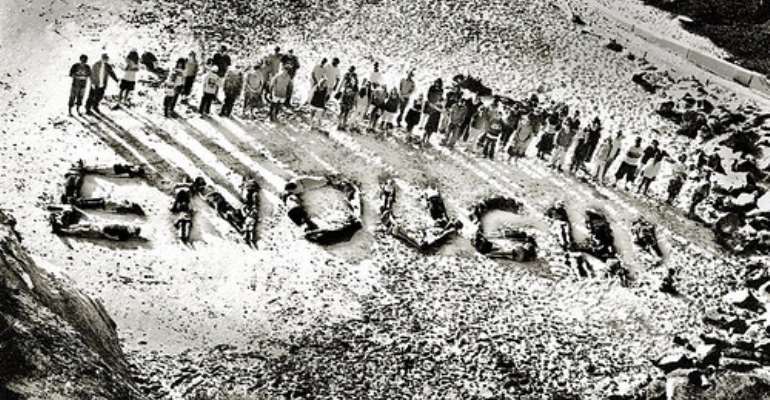 The rate, with which a section of the media and the security agencies are hyping many damages of human lives and property against the IPOB, can be measured with a parameter that they (media and security agencies) supposedly have an ulterior motive: To label the South-East geo-pol zone as a chaotic and terroristic area.

After the alleged brush at Oyigbo, Rivers State, Sep. 12 2017, by the IPOB and Hausa residents in the area, the media have been making the old eastern region to look like a war thorn area. And the frolicsome but dangerous data that are being filed by the media and the security agents are mountaining against ala-Igbo, waiting for the Federal Government to unleash mayhem in the area, with a view that the old eastern region is a security threat to the country.

Some of us are reading the seemingly hazardous plan to massacre Ndigbo in no other place but in ala-Igbo and by extension, those in the South-South by the authorities, if the deadly proposal aimed at extirpating Ndigbo is not nipped in the bud urgently. If Ndigbo do not take their time and raise their voice and also maintain internal security against these ugly media orchestrations aimed at bringing them to the world as a problematic people, the world will buy into their (media and authorities) lies and think that IPOB is a violent group and Ndigbo, a knotty race.

No doubt, there have been some avoidable clashes in some parts of ala-Igbo in the recent times. The sad thing is that the security agents are saying that they were caused by the IPOD. Through their propaganda machine, we are yet to read from the military saying that they have killed any person since the impasse. What we have been reading from their propaganda mill is that IPOB did this or that, but the military is innocent? Hooey!It’s sad that what the military did was to give IPOB a bad name in order to hang the members without a fair hearing. And you wonder where the freedom of speech which the IPOB Nnamdi Kalu was using to actualize the Sovereign State of Biafra is.

Notwithstanding, the problem now is not with the IPOB but with those in authorities calling the shots and over the entire safety of the Igbo. With the heavy presence of the military at all positions in ala-Igbo, shows that something threatening is fishy, which the authorities would not want Ndigbo and the international community to know, till they perchance perfect their plan.

The authorities make the whole thing look like there is a great animosity that Ndigbo have for the Hausa/Fulani. Since the uproar in Oyigbo, you wake up each day to hear that this number or the other number of Hausa/Fulani has been killed in so and so places in ala-Igbo. Against this influence, you wonder where the Hausa/Fulani alleged corpses are and where the amplifying incidents are taking place.

This may not be far from the planned ways by the authorities to label Ndigbo as antagonistic under the President Muhammadu Buhari presidency – a president who loves ruling his country from the air – travelling on every minute and to a point, an air of uncertainty surrounds his whereabouts. The authorities presume they have succeeded by proscribing IPOB and no one stands stoical to rebuff them in a strong non-violent manner. However, if Ndigbo do not take their stand and urgently say no to the powers that be – that Ndigbo are not Hausa/Fulani enemies – alas.

Remember that Ndigbo were brazenly slaughtered in their own land in the Fulani herdsmen incursion of Ukpabi, Nimbo, in Uzo-Uwani Local Government Area of Enugu State, in the early of hours of April 25, 2016, and up till date, the odiferous air surrounding that occurrence cannot be purified. Today, we are listening in the news of police vehicles being burnt in ala-Igbo here and there and you wonder who’s burning them. There is always an enemy within!

As it stands, it behooves all Igbo sons and daughters to read the handwriting on the wall: Ndigbo do not need a soothsayer to understand that there is a faultily genocidal air dangling in ala-Igbo to weaken the power of Ndigbo. They should not fold their hands and only continue to proscribe their non-violent own. The next line of action the proponents of ‘ala-Igbo must fall’ would be to attack military formations, government property, inter alia, and label them the act of IPOB. The apparent planned skirmish is that Ndigbo might wake up soonest in the East, instead of seeing the Rising Sun; they will see their racing sons and daughters, all taking cover for their dear lives. In that stead, the Federal Government or their secret agents would be shooting-at-sight in ala-Igbo and over 2million people could be massacred.

The author has 587 publications published on Modern Ghana.