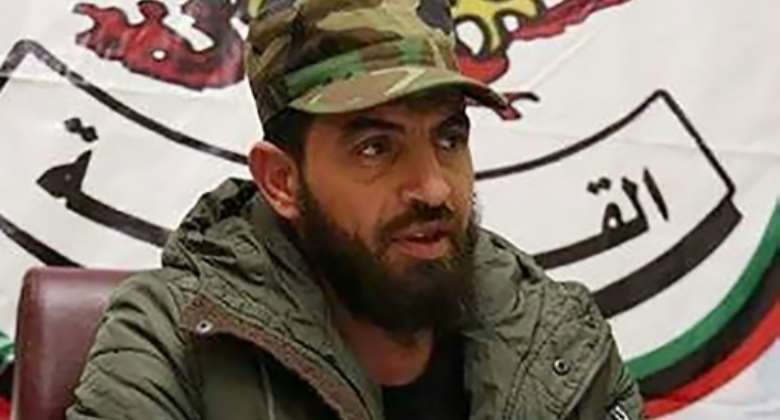 Mahmoud Mustafa Busayf Al-Werfalli is suspected of involvement in the deaths of 33 people in the war-torn city of Benghazi. By - (ICC-CPI/AFP/File)

The Hague (AFP) - The prosecutor of the International Criminal Court Wednesday renewed her call for the immediate arrest of a senior Libyan commander wanted for war crimes, amid allegations he has killed more people.

Mahmoud Mustafa Busayf Al-Werfalli "stands accused of serious crimes. I therefore call again on Libya to take all possible steps to immediately arrest and surrender him to the ICC," prosecutor Fatou Bensouda said in a statement.

Werfalli, born in 1978, is a senior commander in the Al-Saiqa brigade, an elite unit which defected from the Libyan National Army after the uprising against longtime dictator Moamer Kadhafi in 2011.

The brigade has been battling alongside forces loyal to Libyan strongman Khalifa Haftar in Benghazi, Libya's second-largest city, which was recently liberated after a three-year campaign.

In August, ICC judges issued a warrant for his arrest, alleging he was behind a series of murders and bloody executions of 33 people in the city.

He is accused of being involved in at least seven incidents in 2016 and 2017, during which he allegedly personally shot or ordered the execution of people who were either civilians or injured fighters.

At the time, Libyan national army said Werfalli had been arrested and was under investigation by military authorities.

But Bensouda said she had received "reports alleging conversely that the suspect is at large and may have been involved in additional killings since the ICC warrant of arrest was issued."

Her office was investigating, but Bensouda added she was "gravely concerned about these new allegations, and generally about further violent loss of life in Libya."

The ICC remains in a legal tug-of-war with Libyan authorities to transfer Kadhafi's son Seif al-Islam to The Hague, with the two sides disputing who has the right to judge him.

"Bringing safety, security and stability to Libya is a must," Bensouda said, adding that "so is fighting impunity in Libya" for the grave crimes committed in the country.