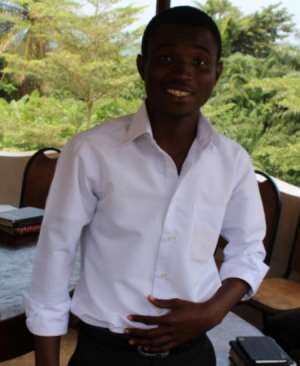 Among the stages of curriculum implementation, there is what is called ‘Dissemination’. It is at this stage that everything concerning the new designed curriculum is made known to the general public. A curriculum cannot be ran without the society it intends to serve knowing the impact it will have on its young ones. Considering how a scholar defined curriculum as being composed of a selection of socially valued knowledge, skills and attitudes which a learner is made to acquire through various forms of planning; one is then tempted to say that curriculum is developed by the society and for the society.

But the reality in Ghana is that, the well prepared curriculum does not either meet the expectations of the society or society is not aware of what it entails. It looks like most Ghanaian citizens are not aware of what goes into the new education system adopted in the year 2008 as proposed by the Anamuah-Mensah Committee. Society tends to be expecting so much from the public kindergarten whilst much is not known about this stage in the educational system. This has put some parents as well as civil society organisations in pole position to criticize public school teachers especially those at the kindergarten unfairly.

The Education Act, 2008; Act 778 organizes the Ghana educational system in three progressive levels: Basic education, Second cycle education and Tertiary education. The basic level consists of two years of kindergarten, six years of primary education and three years of junior high school education. With the kindergarten being the entry point into the public basic school, a child is qualified to be admitted at age four. Thus, if society is to rely solely on the public school for early childhood education, the child must be kept at home till his or her fourth year after birth.

But trends have changed. Due to work demands, parents cannot be at home with their children for the four years. Therefore, parents now desire to take their children as early as one year to a suitable school for such a child at such age. The public schools cannot admit and absorb children below age four. This clearly shows that certain changes and additions are needed in the public school to cater for the change in purpose of early childhood education. This has led to the mushrooming of various unlicensed day-care centres, crèches and nurseries (though some are licensed and are doing very well in early childhood education delivery) by private entities to take care of the new expectation of society toward education.

The public school should have taken the lead. Even parents in the rural areas who are predominantly in the informal sector will leave their children as young as two years with a nearby private nursery school. This is a signal that some changes and additions are needed in the public school system. The addition of a pre-school stage specifically the nursery to the public school levels will not just serve the demands and present needs of society but it will help prepare the child enough for active formal school work.

A careful and meticulous analysis of the kindergarten curriculum in the public school reveals that at KG1 as it is popularly known, the child is expected to learn up to the numeral ten (10). This is what the KG1 teacher is supposed to teach per the curriculum provision.

This is the reality on the ground. Because it is assumed that is the child’s first encounter with formal academic work so it is loaded with a lot of pre- reading, pre-writing and purposeful play activities which would have been taken care of if there was nursery in the public school. But unfortunately, public school teachers at the kindergarten are unfairly judged that they are not teaching but do a lot of rhymes and play activities so they are very lazy.

If society knows what is provided in the kindergarten curriculum, they will not place such judgement on hardworking kindergarten teachers. In the private schools where pre-school starts from the crèche, most of these pre-reading, pre-writing and play activities are taken care of at the crèches and the nurseries so at KG1 , full academic work begins. A subject or an area of study at the kindergarten called Language and Literacy which makes use of ninety (90) minutes a day, eighty of the ninety minutes are supposed to be dealt with in the child’s mother tongue or to some extent the spoken and written local language used in the area called the L1.

Only ten (10) minutes will be done in the English Language at KG1. So it should not be a surprise and something ‘bad’ for a child at KG1 in the public school not being fluent in the speaking of English as compared to his or her counterpart in the private school. Even the ten numerals taught at the public kindergarten are done relationally and not instrumentally. Pupils are made to understand why a number is zero, two,six,etc. All these are done there because it is at KG1 that the child first makes an entrance into school.

But society wants to hear their four- year olds speak fluent English so that they will know that they are learning. Is this education? This is even making some public kindergarten teachers teach and do things they are not expected to do because of society’s expectation of what is to be done at the kindergarten level. Sometimes, the pressure even comes from educationists on teachers at the kindergarten to do more of ‘exercise book’ work which in the long run focus more on one sided development of the child i.e the cognitive aspect. Being the child’s first encounter with school work, these purposeful play activities are essential and relevant to promote the affective, cognitive and psycho-motor development of the child.

If nothing is done about making the current public kindergarten and pre-school in general suit the needs and expectations of society, teachers will continue to suffer undue and unfair criticisms from the public. Sometimes, some civil society groups in the field of education are found lambasting teachers at the kindergarten for not helping the pupils to speak English fluently. The curriculum for the kindergarten was designed taking into consideration the maturity and psychological make-up of the pupil but now if society wants something different with regard to the kindergarten, then curriculum developers must develop something new to suit the changing trends.If society continues to be the judge,and the kindergarten teachers continue to be the accused in our biased curriculum court,who then acts as lawyer for the unprotected teachers?