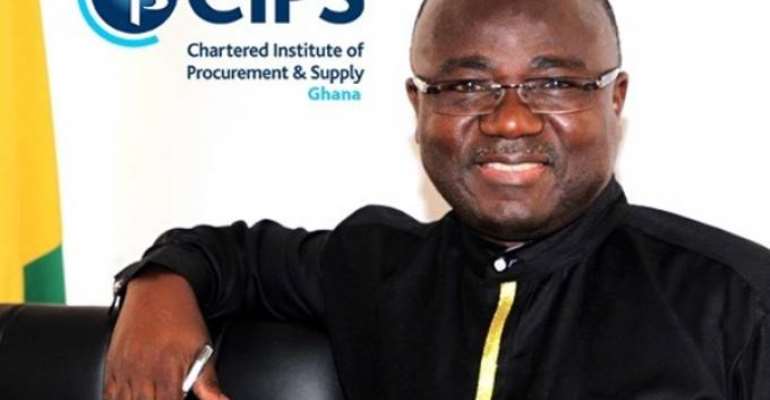 The Chief Executive Officer of the Public Procurement Authority, Agyenim Boateng Agyei has said that persons found culpable in SSNIT's OBS project scandal after the Authority's audit, will face a jail term of at least 5 years.

Speaking on Eyewitness News on Tuesday, Mr Boateng Agyei said the Authority's audit will cover every aspect of the deal and will reconcile all documents related to the contract as well as collect whatinformation from officers linked to the contract .

“The most important thing in the audit we are conducting is to look out for the possible infraction to the provisions of the law. So if we come out with a report where there has been a contravention to any portion of the law we will then invoke section 92 which prescribes punishments for offences. Anyone that is found to have contravened any section of the act will be summarily subjected to 5-year imprisonment and 500 penalty units,” he said.

SSNIT is being investigated by the Economic and Organized Crime Office (EOCO) for blowing $72 million on procuring and installing a software and other hardware systems known as the Operational Business Suite (OBS) in a bid to digitize the Trust.

The cost, which was originally $34 million, later ballooned to $66 million and then to $72 million due to maintenance and additional infrastructure.

The Board Chairman of SSNIT, Kwame Addo Kufuor in an earlier interview with Citi News said about 15 people had already appeared before EOCO as witnesses in the matter.

SSNIT has also contracted PricewaterhouseCoopers to conduct an audit into the contract.

But the head of the Public Procurement Authority (PPA) said the various investigations looking into the deal will not deter the PPA from undertaking its independent audit.

He said the report from its audit will be forwarded to an appropriate prosecution agency to apply the necessary convictions on those found culpable.

“We will then forward the report to any of the prosecution agencies for them to follow it up and prescribe the necessary conviction because we don't the mandate on our own,” he said.