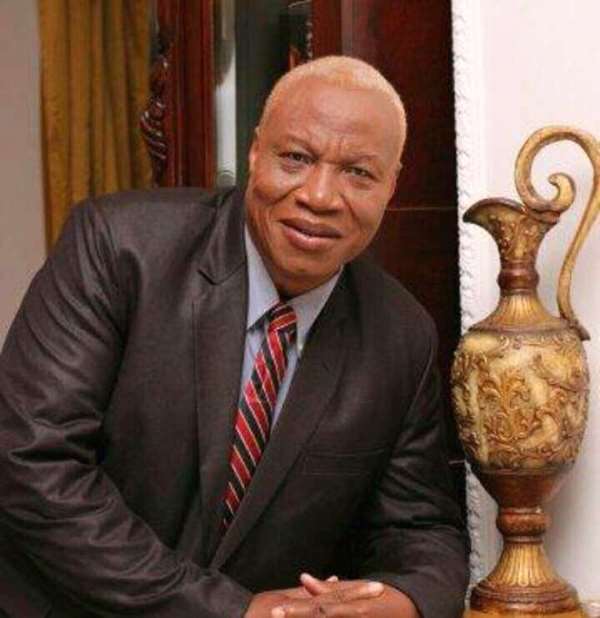 In politics, perception is more important than reality. The most innocent person can be prosecuted and convicted by the public court of opinion without any shred of evidence. There is a cliche that silence is golden. This may be true for many professions but certainly not politics. In politics, it will be suicidal not to explain your side of a story. Silence in politics means guilty.

We woke up to a damning $66 million software contract story about SSNIT on 23rd August 2017. Prof Alabi and Ernest Thompson being the immediate past board chairman and Director-General respectively quickly came to mind. It wasn't surprising when the media started approaching them for explanation. Well, Prof had to choose between remaining silent and allow himself to be hanged by the public court of opinion and elements with mischievous agenda or give his side of the story which would at least give a balanced view of the ongoing discussion.

Alabi chose the latter. He granted interview to two media houses. On 23rd August 2017, he spoke to Citi FM and on 24th August he spoke to TV3 midday News. He used the media to explain exactly what the contract was about. ALABI NEVER BLAMED KWAME PEPRAH, HIS IMMEDIATE PREDECESSOR NOR DID HE BLAME ERNEST THOMPSON THE FORMER DG DURING HIS TIME, as a section of the media would have Ghanaians believe.

To set the records straight, Prof Alabi said indeed SSNIT signed a contract such as the one in public discussion. The contract started way back before his tenure as a board chairman. When the SSNIT board was reconstituted with him as the chairman, several contracts and issues came before them. On assumption of duty, management presented several projects including the OBS before the Board; management tour and inspection of the various projects were undertaken to ascertain status of the projects and to gain better understanding of each. The Board observed that implementation of the OBS project was well advanced with some equipments like servers etc already installed.

Management was convinced about the rational of the project and implementation and had no reason as far as the needs of SSNIT and the benefits to the state were concerned to abrogate the contract. What was paramount to the Board was the continued monitoring of the project to ensure that each project was on course and provided value for money.

In fact, Alabi stated in his interview with Citi FM that originally the OBS contract was not $66 million; that later variations shot up the price much higher than originally conceived. All the variations were done with the full approval of the Public Procurement Authority. Records of discussions could be found in the minutes of the board meetings. Due to the increasing ballooning of the contract, his board wanted to terminate the entire contract. Upon further deliberations as a board the contract was maintained. The Board realised that there were serious clauses with dire consequences for the nation if the contract was abrogated at the time. The Board decided to allow the contract to remain as it was.

Then came one Fake Justice Opoku Agyemang, an alleged spokesperson for Kwame Peprah who was prematurely ejaculated to the media limelight. Anyway, KWAME PEPRAH HAS DENIED KNOWLEDGE OF HAVING ANY AIDE BY NAME JUSTICE OPOKU AGYEMANG. Unknown to this imposter seeking to become an aide to Mr. Kwame Peprah, SSNIT had signed the contract with the Electronic Solutions Consortium in November 2012 and an amount of $10 million had been paid to the suppliers in December 2012. The ignorant individual claiming to speak for Mr. Kwame Peprah didn't know that the Prof Joshua Alabi Board was constituted on 30th July, 2013, 8 months after the contract had been signed and after the first tranche of payments have been paid. Not surprisingly, the fake aide who made what appeared to be a comment on a WhatsApp group couldn't issue a press release or grant media interviews to explain things.

IT IS ON RECORDS THAT, BY THE TIME MR KWAME PEPRAH WAS EXITING OFFICE, DISCUSSIONS WERE FAR ADVANCED FOR THE PURCHASE OF A SOFTWARE TO EXPEDITE THE OPERATIONS OF THE TRUST. Where is the contradiction? Prof Alabi never said anywhere that Mr Peprah and his board should be blamed for any wrong doing. He actually defended the deal saying He believes the Peprah led board took the decision based on the best of intentions.

The media decide how they caption headlines or what they write for public consumption. A careful listening to the tape of Alabi's interview would have spared us the blame game. Moreover, Fake Justice Opoku Agyemang did not give out a contact number for the media to interrogate him. If he really exists, I challenge him to come out publicly for a debate. Enough of the imposter.

Prof Joshua Alabi was very clear and unambiguous that his board discussed the ongoing E-project and found something good about it despite raising concerns about it earlier. They decided to maintain the contract due to certain advantages it offered. Cancelling it would have potentially resulted in judgement debt with its dire consequences on the state as well.