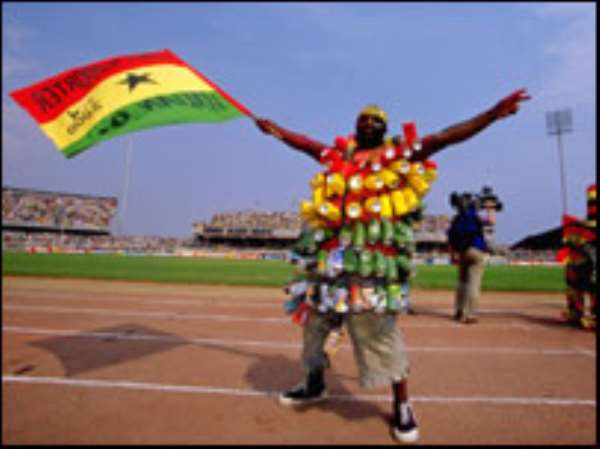 “Almost half of the population of the world lives in rural regions and mostly in a state of poverty. Such inequalities in human development have been one of the primary reasons for unrest and in some parts of the world even violence”

A.P.J. Abdul Karim
The front page of the Daily Graphic captured it: Prez Gets Nod To Create More Regions. DAILY GUIDE chose for its front page : 6 New Regions Coming. That was yesterday, Wednesday, August 16, 2017. The Council of State had given President Akufo Addo the 'green light' to establish a commission of inquiry which would spell out the modalities for the creation of more regions in the country.

Nana Otuo-Siribuor, the Chairman of the Council of State announced at a meeting with the President: Mr. President, the Council of State has the honor to inform you that, having studied the petitions submitted and the detailed briefing by the Minister for Regional Re-organization and Development, it is of the unanimous opinion that there is a substantial demand for the creation of new regions. The Council, therefore, advises that Your Excellency appoint a commission of inquiry to inquire into the need and make recommendations on all the factors involved in the creation of the new regions.”

So, petitions were forwarded to the President from the residents and inhabitants of the affected regions? So, people want new creations to have the opportunities to better their lot? So, the President followed the constitutional requirements 'pepeepe' and referred the matter to the Council of State?

Oti Region from the present Volta Region; Brong Ahafo to be split into two: Brong and Ahafo Regions; Western Region to get North-Western and South-Western Regions? Do not bother about Western-North or North-Western nomenclature. The commission of inquiry will come out with the acceptable name.

Presenting the report, the Chairman of the Council of State reiterated that they had gone through the Minister's 312 – page report with the accompanying maps and statistical data, and were satisfied, that is, short of saying, 'I like it' a la Charlotte Osei.

It is well and good that we have come this far. The President has elected to follow the constitutional provisions so far. The Minister has been faithful to his charge. What is left is for the commission of inquiry to go into the nitty-gritties of the various petitions. The major question will be (i) where will the boundaries be? (b) which town will be the capital?…etc.

So far, I have listened to both sides of the big political parties, NPP and NDC, and it appears there is no big 'divide' in the thinking and conception of the idea. Both sides agree, because they see the imperative need for the creation of new regions. No one wants to 'spoil the broth' because there are too many cooks. You could hear the ripples.

Dr. Afriyie who is currently the Minister for the Western Region is upbeat about the coming of the spilt, even though he will preside over a small portion of the Western Region if the split should go ahead. Afriyie laments that despite the region's contribution of about 56% of the Gross Domestic Product(GDP)-cocoa, bauxite, rubber,coconut,oil palm, kaolin and timber, the region was beset by numerous challenges which include the pollution of water bodies and lack of good roads. He adds lack of an airport and poor railway network.

We wait…we believe it will not be a long hiatus, and we will see action. All will smile, Bravo, all ye men of valour!..