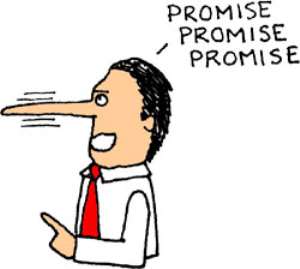 ....Nabdams reject DCE nominee THE CHIEFS and people of Nabdam communities in the newly created Talensi-Nabdam District in the Upper East Region have rejected the President's nomination of Mr. Sebastian Tibil Bisnab, a Talensi, as the District Chief Executive.

They said the president's present nomination of a Talensi for the post of DCE of the Talensi-Nabdam District, is 'a recipe of mistrust and social unrest,' which they believed would negate any meaningful development envisaged for the district.

They declared their stance in a statement issued and read on their behalf by the Chairman of Nabdam Union, Mr. William Naab, at a press conference held at Kongo.

Mr. Naab noted that their expectation was that the president, as a father of the nation, would appoint a Nabdam for the position in question to foster unity, peace and friendship among the Talensis and Nabdams and also to ensure equity distribution of resources and projects in the area.

The president and his vice were quoted to have assured the people at separate durbars during the 2004 campaign trail that the post of DCE would be given to a Nabdam 'to balance the equation,' as the veep was quoted.

The statement noted that, currently, apart from Tongo being the capital of the district, which is a Talensi community, both the presiding member and the DCE are Talensis, which the Nabdams described as 'a complete reversal of the president and his vice's promises to the Nabdams.'

They lamented that between the Nabdams and Talensis, the Nabdams are the minority and vulnerable, hence always marginalized, as demonstrated clearly in the present circumstance.

They have therefore appealed to President Kufuor to rescind his decision on his present nomination of a Talensi and 'as a fair father, appoint a Nabdam' for the post of DCE for the Talensi-Nabdam District.

'If our plea is not considered, we would among other things resolve that we shall not take part in endorsing the DCE, we shall no longer go with Talensis as a district and the chiefs and people of Nabdam Traditional area will not take part in any activity organized by the District Assembly,' they cautioned.

They however appealed to the chiefs and people of the Talensi Traditional Area to bear with them and understand their plight.

'We are not against Talensis but there should be fairness and equity and we are appealing also to our brothers, the Talensis, not to only understand our plea but to assist us to have the president withdraw his present nominee.'

The Chronicle learnt that three people namely Paul Womma, Thomas Bengre and Leopold Engsaar, all Nabdams, applied for the position but to their surprise, none was chosen and a Talensi was given the nod instead.

An opinion leader explained that during the election of the presiding member, the Nabdams did not contest because they were convinced that with the assurances of the president and his vice, the DCE was their ' bonafide position' so two Talensis contested and one won.