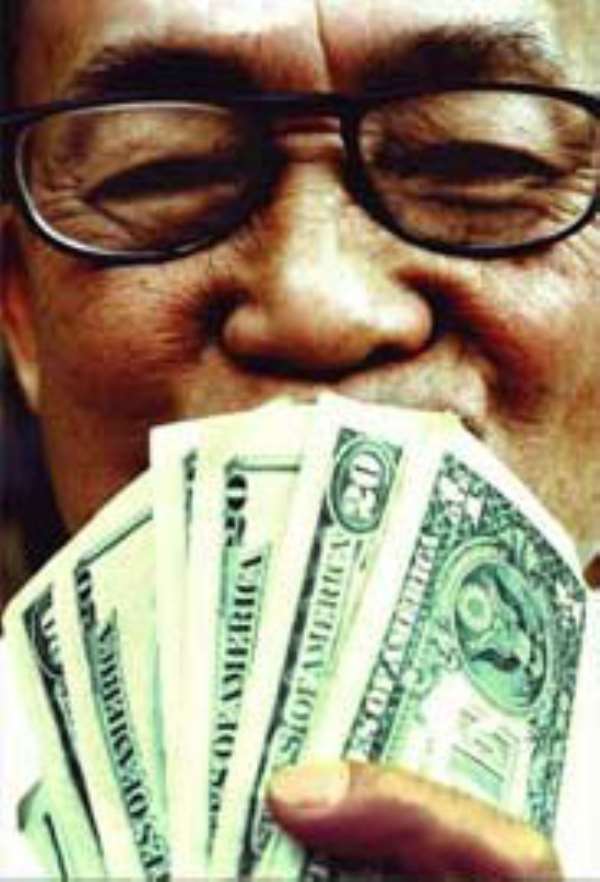 Accra, May 31, GNA - An International Monetary Fund (IMF) study has put annual total remittances to Africa at 32 billion dollars with the main destinations or recipients being Ghana, Nigeria and Kenya. Seven billion dollars of the total is reported to go to the Southern African Region.

The practice of remittances, which is now a global phenomenon with an industry value of 140 billion dollars annually, involves family members living abroad sending money to their relatives and friends in less developed countries including Africa.

This has become the second largest source of Foreign Direct Investment into many recipient countries outstripping Overseas Development Assistance many fold, the study found.

The study said it is also recognized that another large chunk of money was remitted to families from developed economies to families in less developed countries, which was not recorded in anyway or could not be accounted for by any agency.

Out of the UK, remittances typically in denominations of 50 pounds and 500 pounds are estimated in the region of 2.3 billion pounds a year, according to a separate survey commissioned by the UK in an attempt to encourage competition among money transfer operators to ensure openness and lower costs.

The study was the result of a recent G8 Meeting that set up a statistical working group under the leadership of the World Bank with the goal of also designing a single international framework for collecting data on remittances.

The EU-Ad-hoc survey, according to the IMF Study, found out that it was difficult to know how much remittances were leaving the country because of the underground nature of the recording process which had such monies recorded as tourist expenditure.

A conservative study later put the amount at 17 billion dollars, but the Ad-hoc survey calls it "rather low".

The cost of sending money transfers varied from 2.5 per cent up to 40 per cent for sending 100 pounds.

The study cited security as the main factor for choosing a money transfer provider, often traded for speed and cost while banks scored highly on trust, money transfer operators generally did better on cost and speed, sometimes taking less than 24 hours for a transfer, compared to two to 10 days for some banks. 31 May 05