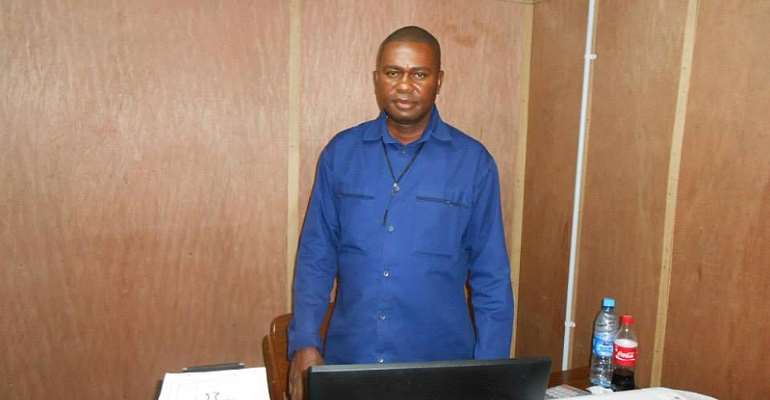 I wish to inform the media, trade union activists locally and internationally, organizations and individuals in Imo State, student and youth members of the JTVC, activists across the federation and the general public that the Imo State government is on phase two of its plot to arrest and impose criminal charges against me. A telephone number, 08033637799 called me on Tuesday 18th July, 2017 claiming to be speaking from SSS office in Owerri and threatened me over my recent article titled Isopadec and the thieving cabal in Imo State. By this action the government of Imo has once again showed that it is diametrically opposed to the democratic and constitutional rights of free speech. It is another indicator that Imo has no respect for press freedom.

I am stating it here strongly that I am not intimidated. The plot to put me out of circulation will fail and the excuses will not stand the test of the law, the test of decency, nor the test of time. In 2014 similar actions were moved against me without success. I am a member of the Nigerian Union of Journalists, Imo State Chapter. As the Publisher of Hot News Newspaper, Managing Editor of Famousnaijaz Online News, former Coordinator of Youths Against Human Rights Violations and Corrupt Practices (YAHVCP) and current President of Youths for Human Rights Protection and Transparency Initiative-YARPTI ,section 22 of the 1999 Nigerian constitution empowers me to demand responsibility and accountability of the government to the people. The press and members of the civil society are here to watch the excesses of any government anywhere in the world. The press is the guardian of the people as the fourth estate of the realm.

I have for some time now been condemning the anti poor and anti peoples policies of the governor Okorocha’s administration. Of course you cannot run a government for 6years in my state without conducting local council elections and expect me to keep silent. Over N29 billion has been earned as 13 percent oil derivation funds in Imo since June 2011. 40 % of this money is for the commission (Isopadec) set up for development of the oil areas yet the level of poverty in some communities in the oil areas of the state remains incomparable to many ghettos in Nigeria. Where are the monies? Infrastructures and public utilities are at zero level in some of our communities. Allocations to Imo expanded dramatically from 2011-2016, but mismanagement have left basic health and education services in terrible state of decay. Thus the more money the state actually gets, the poorer the people becomes. You don’t expect me to keep quite. Things should be done right in my state for the overall good of the majority. You can label me an enemy of the state that must be jailed at all costs as you like and be sending SSS to threaten me but it will not stop me from calling for good governance. It is my right as a Nigerian.

But whoever is sending security men after me should note that if you buy suya, you will be given pepper. I can never and will never be intimidated. The mobile number 08033637799 should never, ever call to threaten me again! The shameless security man should go after criminals as I am not a criminal. There are many kidnappers and thieves on the prowl in Imo. Intimidation cannot frighten me away from the truth. Any bad policy of the government is antithetical to the interest of the poor masses and as such I must speak against it. To be an activist or a media man is not only a great responsibility, but also a high honour and not a high crime.