Imo And The Anger Of The Unknown Servant (part 1) 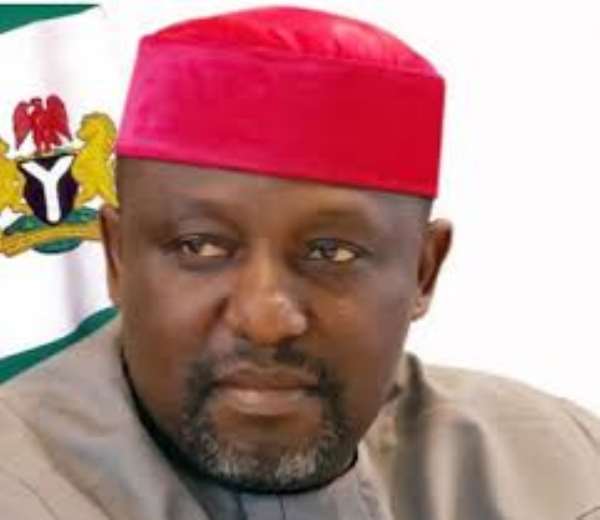 Rosa bought an executive leather manager swivel office chair. When the cashier rang up the sell, she did not notice that the price was ₦ 22,000. Instead she charged her ₦12,000. Rosa did not mention the mistake. She left the store thinking she had just saved ₦10,000. As she walked out of the door, a young man dropped a bottle of yogurt. It spilled all over her shoes. This caused her to wonder whether God was giving her a sign to think about her deception but she was too happy with her good fortune to pay attention. When she arrived at the Hotel where she works, a customer came and ordered for Spaghetti dinner and bread. She wrote ₦4000 on his ticket when the actual price was ₦14,000. The second customer came and she made another mistake. She had to pay the extra ₦18,000 out of her earnings. Suddenly she remembered the chair. What a lesson!

Spiritual laws show how to live a balanced and abundant life. Consequences are the teachers that show you when you have ignored or forgotten a spiritual principle. One of the Ten Commandments is “thou shall not steal” But some people are stealing Imo state monies with impunity and keeping the toiling masses in excruciating poverty in the midst of stupendous oil wealth. These people see themselves as “ ndi n’ azu ahia n’ egwo egwo”.Only 1% corner over 80% of society's resources. They are “ndi otuturu ota”, the almighty Imo cabal. Like Rosa, one day they will learn the lessons of the laws of cause and effect. God uses the Spiritual law of Karma (cause and effect) to give lessons to remember.

The profit-hunting cabals we currently have in Imo state are above the law. The entire LGA funds of Imo State are for them alone to spend as they wish. How can you say you have rescued Imo when you are holding our local councils to ransom and taking merchandise of their allocation? Since this government came into power they have not conducted council election. The cabal does not want elected council men because they cannot face the prospect of losing their council pot of soup that they have been leaking from since June 2011. The state of things in Imo’s 27 LGA’s is a direct reflection of their commitment to enslaving the people.

They are cornering society’s resources for their own self-serving motives. Rather than investing society's resources to rehabilitate public enterprises in the state such as Adapalm Plantation in Ohaji/Egbema, so that they can work efficiently, they sold them off to elements who are fronts for them . This thieving cabal in Imo told us that selling off public enterprises in the state is the best way to make them work but today we have seen how they have run all the public enterprises aground through corruption of the government fronts in charge of them. The once bubbling Adapalm Plantation that was sold out and renamed Imo Palm Plantation is grounded and reptiles have taken over the bushy compound after being abandoned by the state government and Roche Group-the company managing the establishment. 3000 persons lost their jobs due to the closure of this establishment.

We have no jobs in Imo as youths from the oil kingdom but they laugh at us and call us ogogoro drinkers. Just 1% who have been sucking the state dry since June 2011 are being handed over 80% of our wealth to continue to lord over us. See how they have converted Imo State and its funds into a family enterprise while governing the State with impunity and military fiat not minding or giving a hoot how the people feel. Currently, they want to make one of them, the governor's son in-law the next governor to continue the family business. These are the things we speak against and when we talk, they say catch them, sue them, jail them. I am frightened at the rate of youth unemployment in my state. For many, especially the youths, the future is bleak under the ferociously anti-poor policies of the capitalist thieving cabal in Imo. Why can’t we create job opportunities for the youths and re-orientate them for self reliance. When are we going to give a sense of purpose and direction to youths in Imo. Why did we not establish youth centers for specialized training in crafts, arts in all the LGA’s including skill acquisition programmes. Why did we not establish viable cottage industries in all the LGA’s of the state as we promised? Where are the three modern markets in the three zones? Where are the modern/standard motor parks for each LGA in the state?

You are a governor and you don’t want the ministry of works to be effectively used for project execution. You don’t want that ministry to be reorganized into project units to harness talents of staff. Where are all the machines bought by the former governor? Enough of this brazen looting of state's wealth by those in government and their business allies, and criminal transfer of public properties to private vampires for their profit-first interests. What is stopping government from revitalizing existing industrial and commercial ventures in the state to preserve tax payer’s money?

Why can’t we support contractors and businessmen in this state rather than giving almost all the contracts to one family? Can’t Nekede zoo be developed for tourism? Why are we not adequately funding tertiary institutions in the state? Why can’t we ensure prompt payment of teacher’s salaries? Let’s tell ourselves the truth. Jarod Kintz in ‘The Days of Yay are Here! Wake Me Up When They're Over’ said thus “I once saw a snake having sex with a vulture, and I thought, It’s just business as usual in Washington .” Jarod Kintz also said “There are pockets of wealth in this country. Mostly those pockets are in the politicians pants.” When are we going to re-equip school laboratories? Why are we not providing incentives for teachers and students who excel in science and technology? What about in-service training? Have we revived bursary awards and scholarship schemes? Why don’t we want to negotiate vigorously with oil companies operating in our state to establish offices in the state? Why don’t we want to have good working relationship with Imo citizens outside the country? Why don’t we want to attract foreign investors through the provision and facilitation of a conclusive business environment? Why do we determine government investment on petty political factor instead of on sound economic consideration? Nsogbu di!

Can someone tell me why in Imo, key Judicial Officers cannot be appointed from the highly qualified and experienced manpower pool on merit? Are we also going to stop breathing if we provide improved facilities for judges, magistrates, and law officers in the state? There are so many questions begging for answers. Why did we not develop and give equal attention to all aspect of sports in this state? Why have we not been encouraging and rewarding men/women who excel in sports in this state? Can’t we establish hall of fame for accomplished sportsmen and administrators? . Why did we not upgrade Dan Anyiam stadium Owerri to a very good standard? Even our LGA council of traditional rulers doesn’t have vehicles to facilitate their functions and movement. I laugh when I see the structures with put in this state and call them modern schools. Go and see the ones built in Rivers State and you will hide your heads in shame. “Ndi omenauko!’ Fela Kuti. In one of his lyrics Confusion-Break-Bone (CBB), one of the mid-1980s hit series that also included the Beast-of-No-Nation (BONN) sang "If something good I go sing about am. But nothing good self to sing about’’ There is nothing good in Imo to sing about for now. As always, my prayer remains “ka Imo pụọ n'ọhịa, na aha nna,na nwa, na muo nso” Amen. Ekwem na Chukwu! .

Kenneth Uwadi writes from Mmahu-Egbema, Imo State, Nigeria and can be reached via 08037982714

Government drinking from an empty calabash, debt forgiveness...
1 hour ago