Cocoa production to dip this year 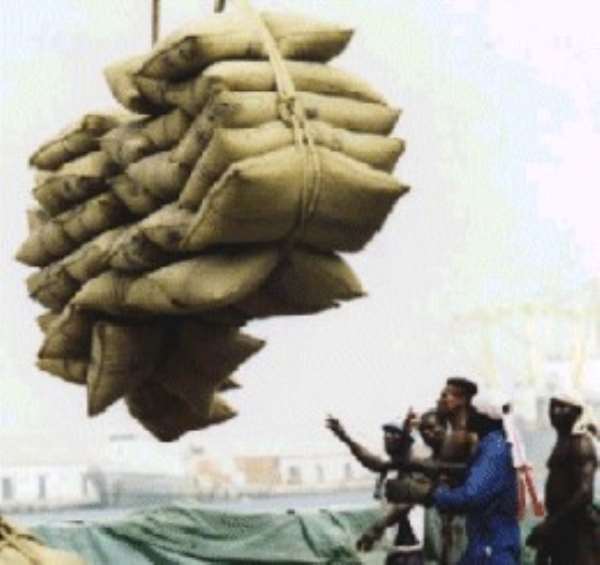 Accra, May 30, GNA - Cocoa production is expected to drop from last year's 735,000 tonnes to about 600,000 tonnes this year with an attendant squeeze earnings, the Governor of the Central Bank, Dr Paul Acquah said on Monday.

The Governor, said cocoa revenue might not be the same as was achieved in Ghana's record production last year.

The Governor dismissed claims that the record production last year was due to the smuggling of cocoa beans from Ghana's Western corridor, Cote d'Ivoire, which is the world's largest producer, arguing that evidence proved that a large proportion of beans was actually purchased in areas far from the borders.

He attributed the decrease to a number of factors including the fact that the harvesting cycle and the extent to which cocoa trees were prolific in fruit bearing had changed resulting in late flowering and thus late bearing of fruits.

Dr Acquah noted that the fundamentals of the economy were "solid and strong" saying that the BoG Business Confidence Survey indicated that while there was some softening in business confidence in the first quarter, "businesses remain generally optimistic about their own prospects and those of the economy this year".

He said the Central Bank's Composite Index of Economic Activity rose by 26.0 points (13.4 per cent) over the March 2004 level. "This indicates a sustained increase in the level of economic activity in the first quarter of 2005. This is reflected in port activity, industrial electricity consumption, tourist arrivals and the additional number of employees for which the private sector makes contributions to SSNIT."

Dr Acquah described the distribution of increased credit to the private sector as broad-based, "but more significant in manufacturing, personal and mortgage loans, commerce and finance." Agriculture, forestry and fishing, however, recorded marginal declines.

On the external front, provisional estimates of the current account of the balance of payments showed a deficit of 123.9 million dollars, an improvement from a deficit of 288.7 million recorded over the previous quarter compared to a surplus of 35.4 million dollars in the first quarter of last year.