The Real Threat to Academic Freedom is the UTAG President 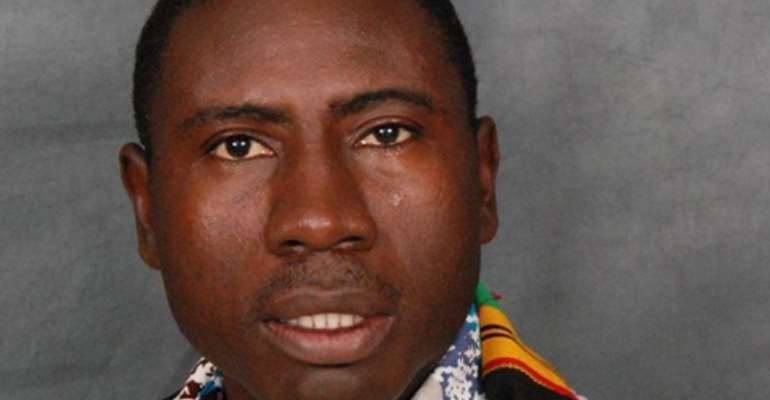 The drama this week has been quite interesting; an ordinary citizen of Ghana takes the University of Education to Court, on grounds of legitimacy and to stop the wanton corrupt practices engulfing the school; he succeeds in getting the court to place an injunction on the Vice-Chancellor and the Finance Officer, and in protest the President of UTAG is doing everything possible to convince his members to go on strike.

I have known the Vice Chancellor, Professor Avoke, when I was studying for my masters. He was the first person to have written a personal letter to congratulate me when I won my second international award. He is certainly a gentleman, and someone liked by many.

But we will need to look at the University of Education’s issue purely from a governance perspective, devoid of emotions. I previously cited the example of the University of Ghana, when Professor Asenso-Okyere’s son, Kwadwo Tabiri Asenso-Okyere got himself involved in an examination malpractice. The Vice Chancellor, who had nothing to do with the issue, was made to pay the full price of his son’s behavior, to the extent that it eventually forced him out of office.

I have just read a statement signed by Dr. Harry Agbanu, the National President of UTAG, purporting to be emanating from the National Executive of UTAG. I will like to believe, that, that statement is a hoax, not only because of the many contradictions in it, but also the poverty contained therein. It seem to be confirming my long held view that the UTAG President has a one single purpose agenda, to destabilize the university of Education for his, whatever, agenda.

As I have said, Dr. Agbanu appears to be trying hard, to convince several UTAG members to subscribe to a declaration of a strike action at UEW, and to even extend it nationally, to bring pressure to bear in order to restore the suspended two principal officers, Professor Mawutor Avoke and Dr. Akorli. The UTAG statement was pregnant with threats, and attempts to impugn political influences in the ongoing case, and gives a two weeks ultimatum to the Governing Council.

I wonder who this pressure is really targeted at, the court, the government or who? The court cannot be forced to rule in anyone’s favor, can it? They are as independent as the very university in question. The court is on vacation until October. The governing council of the university was established only a couple of days ago. So who is the ultimatum targeting? Or are we seeking to repudiate the decision without going back to the courts? By your actions and utterances, are you not contempting the legitimate judgment of the court?

I have spent several days trying to understand the rationale for UTAG President’s intentions. A so called “a common Apketeshie seller” goes to court to challenge a Professor and a Doctor, and he wins his case, in court, and you did not realize the right thing to do, if you don’t agree with the court’s decision? And you are rather declaring a strike action in protest? What do you take your members for?

You said in your statement that UTAG has faith and confidence in the men and women of the court. This is a contradiction to your two weeks ultimatum. But I agree with you, that, that is the way to go; if you are unhappy about a court decision, you go back to the same courts, to appeal the decision, you don’t use takashie to try to ride on the shoulders of your members to disrupt the law. The same laws that protects you against Supi Kofi Kwayera, is the same law within which he also found his voice and protection against you, that is the essence of being equal before the law, not so?

The constitution that gives you, Dr. Harry Agbanu, the right to seek redress, also gives Supi Kofi Kwayera, the Akpeteshie seller, the right to stop the stealing at the university. The University of Education, and any other university for that matter, is not a law unto itself, is it? The autonomy and the academic freedoms of the university are guaranteed. But that does not include naked robbery. It does not include one person electing to himself the finances of the university, and gaining millions in profits for his personal benefits, thereby delaying lecturers of their due promotions and tools of work, do you get me?

The Electoral Commission, for example, is a creation of Ghana’s Constitution. It runs as one of the most independent of all the institutions of the country. The Electoral Commission has been taken to court at least ten times in the last one year by private citizens. They lost some of their cases, but they won others. Those that they lost, they had to comply with the court orders, that is the law.

So what is your beef Mr. President? Are you telling me that because the university is autonomous, I should fold my hands and watch as the rot unfolds? What kind of citizen would I be, a spectator? What grade would you award to a student who takes no action to stop an impotent university governing council’s rot? What should I as a citizen do if I see the very governing council of a university, which is supposed to hold its principal officers in check, is by itself involved in the stealing of the resources of the university, who do I report to, UTAG President?

You have, in the last few days, tried everything possible to get the entire members of UTAG nationwide to go on strike, because of this issue. You tried it on Winneba campus, and failed. A bird whispered into my ears that you tried to gain the support of the Kumasi campus, but they too threw you out. Yesterday you seemed to have done everything possible to stop the swearing in of Reverend Father Professor Anthony Afful Broni, as an Acting Vice Chancellor, and as a member of the University Council, that one too you failed.

Maybe you should take a tour of the rest of the campuses and speak to individual lecturers, to check how many are not happy with your actions, and how many are jubilating as a result of the interdiction of the Finance Officer who has sat on them for all these years.

You are here defending corrupt practices, and attempting to use UTAG to defend those who are in conflict with the law. The Ghana Association of University Administrators (GAUA) of which the embattled Finance Officer belong to, are quiet. The Association of Vice Chancellors of public universities, of which the suspended Vice Chancellor is a member, is also quiet. Rather you have elected yourself to fight in their corner. It tells a lot about your intentions. Remember that you are not there representing yourself. Your duty is to seek the larger interest of your members, issues of staff welfare, issues of institutional sustainability, issues of integrity, and issues of equity.

The University of Education, in the last five years, has seen a steady decline in its student enrolment. This is what should engage your attention, to ask questions as to what the university is doing wrong that is causing this decline, you don’t think so?

Academic freedom comes with responsibility. We cannot give you money to work with, but then you choose to refuse accountability, and you use the threats of strike actions to intimidate everyone, to keep quiet, even if we are aware that you are stealing the monies that we gave you? You are the real threat to academic freedom, if you care to know, and I know it by the manner in which you are supporting the corruption of the resources that could have facilitated the smooth running of the universities.