Prosecution must furnish us with documents - Ata Ayi's Counsel 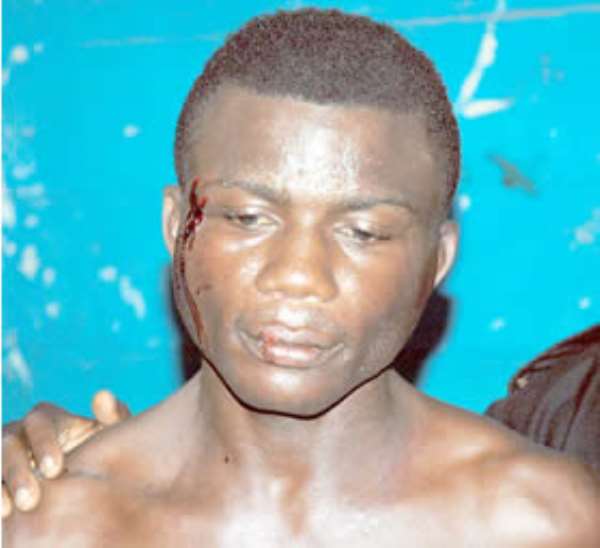 Accra, May 27, GNA - Defence Counsel for Aryee Aryeetey, aka Ata Ayi, on Friday moved a motion that sought to compel the Prosecution to furnish them with relevant documents and facilities to enable them to conduct their case before the Fast Track High Court.

Ata Ayi is standing trial with three others for conspiring and robbing a firm of 70 million cedis at Dzorwulu in Accra. Ata Ayi and his accomplices, Roger Koblah, Agbodoga, Raymond Ameh and Samuel Kweku Annan, have pleaded not guilty and are currently on remand.

Arguing out the motion in support of an affidavit, Mr David Annan and Mr Joseph Akyeampong prayed the Court to order the Prosecution to furnish them with the summary evidence or other particulars as the Court might deem fit to enable them to put up their defence.

Quoting the Constitution to buttress their case, Defence Counsel emphasized that the accused should be given "adequate time and facilities for the preparation of his defence and be informed immediately and in detail about the nature of the offence charged". Counsel said the Prosecution was holding the documents to its chest and was bound to spring surprises on them during the trial. Counsel said they needed to examine most of the documents so that both the Prosecution and Defence would have a level playing field. "We want the Court to order the Prosecution to supply the Defence with all the information necessary to the nature of offence charged, particularly the statement of accused person and co-accused persons, statement of the Complainant and Prosecution Witnesses and the list of documents to be tendered in the trial."

The Defence said the accused persons had been charged with robbery, a first-degree felony that carried a maximum sentence of life imprisonment, hence the need for the Prosecution to give them all the needed documents to conduct their defence.

The Defence contended that their client and his accomplices were illiterate, saying matters should be read out and explained to them in languages they understood.

The Prosecution said it had clearly stated the particulars of offence and made known the nature of the offences. This, the Prosecution said, had been read out and explained to the accused persons, who had pleaded not guilty. The Court after hearing the submissions adjourned the matter to June 3 to rule on the motion. The substantive case would be heard on June 6. On May 4, the Defence Counsel pleaded with the Court to order the Prosecution to provide them with the necessary documents so that they could conduct their defence properly and ensure that justice was done to all parties. The Defence, therefore, filed a motion before the same Court for the necessary documents in two separate cases before it. The case of the Prosecution is that on October 14, 2003, Mr Bernard Boadi Agyeman, Managing Director of Prism Consult Limited, sent one of his workers, Ilaisu Mamudu, to cash a cheque for 70 million cedis from the Opeibea Branch of the Standard Chartered Bank, near Kotoka International Airport.

The Prosecution said after cashing the money, which was put in a bag, Mamudu saw Mr Isaac Yanney, Managing Director of Investhec Company Limited, who said he had an appointment with Mr Boadi Agyeman at his office of Prism Consult at Dzorwulu.

Mr Yanney, therefore, offered Mamudu a lift in his car and the money was put into the boot.

On their way to the Office, the accused persons, who were using a salon car, trailed the vehicle until they got to the office at Dzorwulu. The Prosecution said as soon as they parked their vehicle, the accused persons parked behind them, got off their car and started shooting indiscriminately.

The accused persons ordered their victim and other bystanders to flee or risk being shot.

The Prosecution said the accused persons fired several times at the boot of Mr Yanney's car to force it open, took the bag containing the 70 million cedis and fled.

On December 18, 2003 Sammy Tugah and Agbodoga were arrested upon a tip-off and during interrogation they mentioned Ameh and Ata Ayi as their accomplices.

In the second case Ata Ayi and eight others appeared at the same Court for robbing a businesswoman of 65,000 dollars and 45 million cedis at Taifa Junction in Accra on February 5, 2003.

They have all pleaded not guilty to conspiracy and robbery.